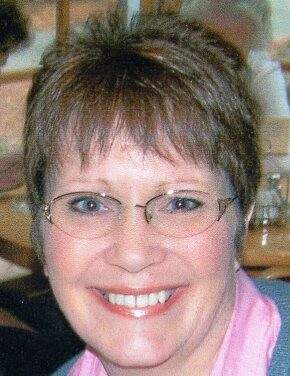 Mari Catherine Aldinger Fritz, 64, passed away on Friday, April 2, 2021 in Monroe, after a brief but valiant battle with liver cancer. She was a brilliant star that shone in spirit and life. Mari was born as Sheilah Anne Wallace on November 20, 1956 in Battle Creek, Michigan to Margaret Neal Wallace. She always said this explained why she was such a flake. She was subsequently adopted when she was two months old by Betty Alverta Bischoff and Leroy Andrew Aldinger. She was raised with her older brother, Craig Aldinger, who was also adopted, in Rochester Hills, Michigan a suburb of Detroit. She attended Rochester Adams High School – one of her schoolmates was Madonna, whom she always wanted to beat up. Her parents wanted her to be prim and proper, but she was a wild child. It was clear from an early age that she had plenty of spunk and spark. When she reached her early teen years she set out to follow her own path. Her parents, in an attempt to tame her, sent her to Friendsville Academy, a Quaker boarding school in Tennessee. Her claim to fame there was being a cheerleader for the basketball team, which may explain why they lost 73 games in a row. She returned to Rochester Hills, but the wild child decided she wanted to leave home and be on her own. In her words, she lived on the streets of Detroit, until taken in by bikers (and they weren’t friendly mountain bikers). Eventually, she moved with her biker friends and landed in California. She waitressed, played guitar, and pan handled. She lived in Lodi, Paradise, and Chico California. She and a friend went to a restaurant in Monterrey and posed as a newlywed couple. Turned out, the restaurant was owned by Clint Eastwood, and he happened to be there at the time. He personally congratulated Mari and her friend, and told them to “Order whatever you want, and it’s on the house.” In the early 1980’s Mari decided the California wild life was too much. She got on a bus in Chico and was going to ride east, until she found the place to be. After a few days, the bus stopped in a little town with lots of trees, and along a big river. That place was Nauvoo, Illinois, and she thought “this is the place.” She started work as a social service worker, and advocate for abused children. She married Larry “Butch” Granneman in 1984. They had a son, Jacob Andrew, later that year. They later divorced. Four years later in 1988, she welcomed her daughter, Megan Elizabeth. After a lifetime of searching for happiness, she encountered two missionaries for The Church of Jesus Christ of Latter-day Saints in the trailer park in West Point, Iowa, where she and her kids were living. She and Jacob joined the Church in October 1992, in Nauvoo. About a month later she pulled up stakes with her children and moved to Orem, Utah. Eventually, she and her kids settled in Springville, Utah. She worked in various social services, helping those who needed a helping hand. She actively participated in local community theater, acting, directing, and writing. She landed the role of Ouiser in “Steel Magnolias” at the Hale center theater. She was also in an LDS Church video, and was an extra on the TV show “Touched by an Angel.” In 1994 Daniel Scott Fritz moved in next door, and was assigned to be Mari’s home teacher. On May 24, 1998, she married Daniel in Springville, Utah. He adopted Megan a year later. Their marriage was solemnized in the Mount Timpanogos Temple on September 11, 1999. Jacob and Megan were also sealed to them that day. Mari finally found her dream come true. They moved from Springville to Spanish Fork, Utah. Then to Klamath Falls, Oregon, and then to Billings, Montana. After Dan retired in 2012, they moved to Monroe, Utah in early 2013. She loved life in the Little Green Valley, although she often talked about how much she missed Billings.

Mari was active in the LDS Church, serving in many callings. She served as Primary president, and teacher, activities director, stake and ward missionary, and as a special service missionary working with young single adults. When called as the special service missionary, the stake president at the time told her “Mari, you’re the spark in the engine of the locomotive, Dan, you’re the conductor that keeps the train on the tracks.” She also served as an ordinance worker in the Billings Montana Temple. She and Dan hosted LDS missionaries in their home for many years. They had a tradition that the missionaries had to sing for their first supper in their home.

She enjoyed road trips, camping, cooking, rubber stamping, scrap booking, the British royalty, playing the guitar, photography, American Sign Language, professional bull riding, but above all, she loved her Michigan Wolverine football. She loved all of her grandchildren, especially wrestling on the floor with them. She loved without condition, welcomed everyone, gave the best hugs, and accepted everyone for who they were, without question.

She is preceded in death by her parents, LeRoy and Betty Aldinger, as well as her biological mother, Margaret Wallace.

The family would like to thank Monroe Canyon Assisted living, and Zion’s Way Hospice for their tender care of Mari in her final days.
In lieu of flowers the family would appreciate a contribution in her name to your local food bank.

Funeral services will be held Friday, April 9, 2021 at 12:00 Noon in the Monroe 1st Ward Chapel, where friends may call from 10:00 to 1;30 a.m. Burial will be in the Monroe Cemetery. Live streaming of the services and online guestbook at can be found at www.magleybmortuary.com under Mari’s obituary. Funeral Directors: Magleby Mortuary, Richfield, Salina and Manti

To order memorial trees or send flowers to the family in memory of Mari Catherine Fritz, please visit our flower store.