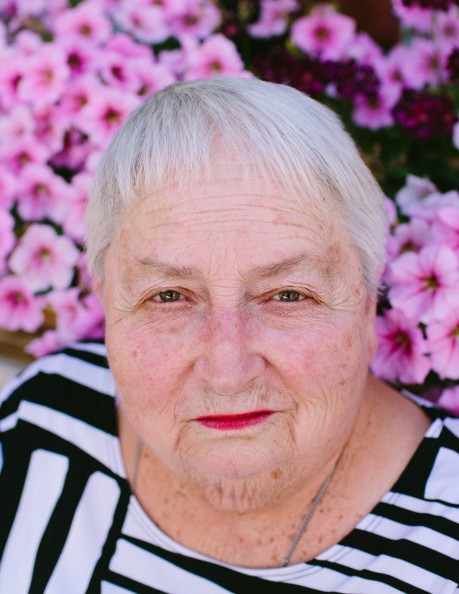 Martha Kaye Mickelsen Despain was born September 27, 1938 in Salina Utah. She passed away on June 14, 2021 in Gunnison Utah. Her parents were Earl Andrew and Martha Myrl Curtis Mickelsen.  Kaye was the caboose of six children.  Her older brother passed away as an infant. Her four sisters were quite a bit older than her so her nieces and nephews were like her siblings.  She grew up in Salina spending her summers on the ranch in Gooseberry, riding her horse, playing in the creek, loving every minute of it.

Kaye married Marius Deon Despain June 1, 1956 in the Manti Temple. They made their home in Axtell and were blessed with seven children. He preceded her in death on March 7, 2010.
She loved her pioneer heritage and entertained many by sharing pioneer stories.  She was a member of the Daughters of the Utah Pioneers.  She was honored to serve a mission at Historic Cove Fort.

You were always welcome to visit especially if you would leave kids for her to tend.. She LOVED the youth.  She served in many Church callings loving her service in the youth organizations the most.

Kaye enjoyed her time working at Rassumssen’s Ace Hardware and later working for The Church of Jesus Christ of Latter-day Saints cleaning the buildings and quilting at the senior citizen center. The relationships she made at those jobs were priceless to her.  She was also a capable hand on the farm.

Kaye carried on the love of flowers from her father and passed it on to her children.

She was preceded in death by her parents, husband and her infant son.

Funeral services will be held on Thursday, June 17, 2021 at 12:00 Noon in the Axtell Ward Chapel, where friends may call from 10:00 to 11:30 a.m. Burial will be in the Salina Eastside Cemetery.  Live streaming of the services and online guestbook can be found at www.maglebymortuary.com under Kaye’s obituary. Funeral Directors: Magleby Mortuary, Richfield, Salina and Manti.

In lieu of flowers follow Kaye’s example and do an act of kindness for your family.

To order memorial trees or send flowers to the family in memory of Martha Kaye Despain, please visit our flower store.