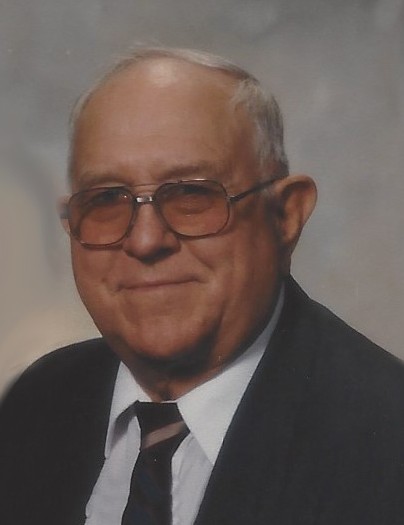 Max Errald Curtis,92, passed away September 4, 2021 in Sierra Vista, AZ.  He was born to McDonald and June Moody Curtis on October 4, 1928 in Thatcher, Arizona at home.
As a young boy, he loved to tinker with things like watches. He would take them apart, then try to put them back together again. He was well acquainted with the hard tasks of farm work. For fun he played football in high school. He attended Eastern Arizona College in Thatcher.

As a young man he was called to the East Central States Mission. He enjoyed his mission time and had several interesting experiences including walking out in a wooded area and coming upon a bear.

He served his country in the Korean War and was there in Korea when they opened it up for the preaching of the gospel. He returned home in October of 1956 and was introduced to Rosalie Trejo. They were married on December 7, 1956 in the Mesa, Arizona LDS Temple. She preceded him in death November 4, 2012.

He worked on the family farm raising his family with his wife Rosalie until December 1975 when they relocated to Monroe, Utah. Max had several jobs in the area including his last job which was working in the Sufco Coal Mine for 19 years. Max and Rosalie also started a business called Curtis Assisted Living. This kept both Max and Rosalie busy for many years in Glenwood, Utah. Max also loved to plant and work in the garden. He also was a great cook.

Graveside services will be held Friday, September 10, 2021 at 11:00 a.m. in the Monroe City Cemetery with military honors by the Sevier Valley American Legion Post #37 and Utah Honor Guard. Friends may call at the Magleby Mortuary in Richfield Thursday evening from 6-7 p.m. and Friday morning from 9-10 a.m. Funeral Directors: Magleby Mortuary, Richfield, Salina and Manti. Online guestbook at www.maglebymortuary.com

To order memorial trees or send flowers to the family in memory of Max Errald Curtis, please visit our flower store.