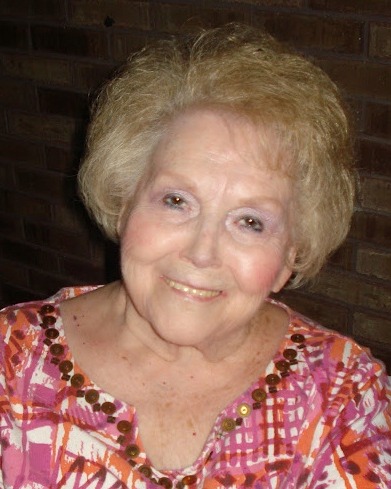 It is with great love that we announce the passing of our beloved mother, grandmother, great-grandmother, and great-great-grandmother, Melva Tuttle Lund, 94 on October 12, 2022 in Painsville, OH. She has anxiously awaited to be reunited with those whom she loved dearly who have preceded her in death: her parents, Eugene and Lillie Virga Olsen Tuttl; her sister, Majorie Tuttle Osborne; her son, Charles Lund; and her loving husband of 65 years, Ralph Harold Lund.
Melva was born and raised in Manti, Utah. At the age of 19, she met Ralph, fell in love, and got engaged. On January 3, 1947 Ralph and Melva eloped to Salt Lake City. They cherished their time as newlyweds. They enjoyed their days in the cabin that Ralph built in Japs Valley and they loved the simple pleasures of playing Canasta, working on the farm, and visiting with family. Later, they moved into Ralph’s home which he and his father, Charlie Lund, built on Main Street in Gunnison in 1936. Ralph and Melva filled those walls with 65 years of memories. They raised 3 beautiful children: Charles Lund, Peggy Nightengale, and Annalee Albrecht — all of which later gave Ralph and Melva 10 grandchildren: Brenda, Bernadette, Breanne, Jennifer, Brandi, Cassie, Ashley, Chandice, Lundon, and Aryn. Their grandchildren continued to bless them with 30 great-grandchildren, and 2 great-great grandsons. The Lund’s home still stands after all this time and serves as a gentle reminder to their family and posterity, that their love is just like that brick home; it can and will stand the tests of this earthly life. After Ralph’s passing, Melva desired to be sealed to him for all time and eternity. Those services were later performed in the Payson Temple on June 13, 2015.
For the Gunnison community, the Lund's home will not be the place remembered; but hopefully the neighboring stop will be. For over 40 years, Melva and Ralph owned the Gunnison staple, Lund’s Drive-In & Campground, located on the corner of 200 South and Main Street. When Ralph convinced Melva that she should hand ice cream cones out of the front window of their home, she knew he was on to something.  Once the home next door became available, they purchased the property and opened Gunnison’s first Dairy Queen.  Melva later incorporated hot food in with the ice cream and gained the city’s trust in her menu and good service.  They soon dropped the Dairy Queen name and proudly ran it as Lund’s Drive-In & Campground. During the many decades it was owned by the Lund’s, Melva had the privilege to work with generations of the Gunnison community. Melva absolutely loved her business and all those who worked for her over those 40 years.  She loved employing the high schoolers and enjoyed the energy they had. She always said those who worked for her kept her young. Melva loved staying open late for ballgames and the Mormon Miracle pageant.  Some of her and her family's fondest moments happened there at the corner of South & Main. Even now her grandkids still enjoy the smell of hamburgers, fries, and the sound of a Coke machine.
After 43 years, Melva retired from running Lund’s Drive-In—giving her more time to focus on her hobbies. She was incredibly talented in porcelain doll making, quilting, and needlepointing. She also enjoyed watching movies, talking on the phone, weekly visits to Sally’s hair salon, and visiting with her family and friends at the kitchen table. She was especially fond of Diet Coke, manicured nails, and the Utah Jazz. Melva and Ralph loved celebrating holidays with their family. They especially enjoyed seeing their grandchildren search for Easter eggs and sit on Santa’s lap.  Melva’s quick wit and optimism for life never failed her.
Just shortly after celebrating her 94th birthday, Melva passed away peacefully surrounded by family. Her desire to keep moving helped her live a long and meaningful life as well as reunite her with her heavenly home and family.
Melva is survived by her sisters: Carol Jean Brown, Edythe Smit; her brother, Terry Tuttle; her children: Peggy Nightengale (Fred), and Annalee Albrecht (Rusty); daughter-in-law, Jeannine Lund; 10 grandchildren, 30 great-grandchildren, and 2 great-great grandchildren.
A special thanks to Nicole Perry, Debbie Hull, and Ashley Hacking for providing excellent care to Melva during her final years.
Graveside services will be held in her honor on Saturday, October 29, 2022 at 12:00 Noon in the Gunnison City Cemetery. Funeral Directors: Magleby Mortuary, Richfield, Salina and Manti. Online guestbook at www.maglebymortuary.com

To order memorial trees or send flowers to the family in memory of Melva Lund, please visit our flower store.