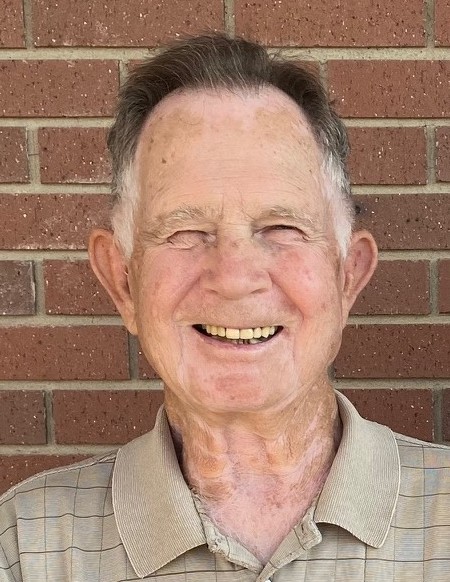 On St. Patrick’s Day, March 17, 1938, Merriel Jr. Wathen was born at home in Lehi, Utah to Merriel “Matt” Wathen and Gudrun Johnsen Wathen.  He was the fourth of four children.  While attending Lehi High School he participated in basketball and tennis.  He received a tennis scholarship to Utah State Agricultural College and later transferred to Brigham Young University where he completed his Bachelor’s Degree in Accounting.

He served a mission for The Church of Jesus Christ of Latter-day Saints in Norway in 1958-1961.  He married JoAnn Degelbeck November 17, 1961, in the Logan Temple.  Together they had five children Paula, Rick, Judd, Mark, and Amy.

Merriel was a general contractor for over 50 years building numerous homes throughout Utah, Sanpete, and Washington counties. He could be seen shingling roofs, and pouring concrete well into his 80’s.

Merriel and JoAnn made their home in Ephraim, Utah in 1981.  Merriel loved working with the youth of Ephraim volunteering countless hours coaching youth baseball and basketball.  Merriel also served in the Young Single Adult Ward at Snow College.  People were drawn to his welcoming personality and infectious smile.  Merriel had an amazing ability to make people laugh and more importantly feel loved.

His grandchildren were truly the light of his life.  He seldom missed any of their events and was always just a phone call away.

The family would like to thank At Home Health and Hospice, especially Jessica Shaw for all their love and care they provided in his final days.

Funeral services will be held on Wednesday, September 15, 2021 at 11:00 a.m. in the Ephraim 9th Ward, 765 South 100 East.  Viewing will be held on Tuesday evening from 6-7:00 p.m. and prior to services on Wednesday from 9:30-10:30 a.m.  Interment will be in the Ephraim Park Cemetery.  Live streaming of the services and online guestbook available at www.maglebymortuary.com under Merriel’s obituary.  Funeral Directors: Magleby Mortuary, Richfield, Salina and Manti.

To order memorial trees or send flowers to the family in memory of Merriel Wathen, please visit our flower store.