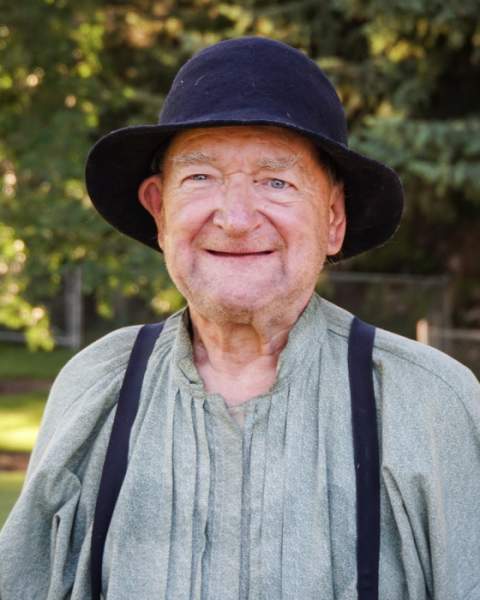 One of Manti’s longtime and beloved residents, Michael Robert Kohut, passed away January 23, 2021 in Richfield, at the age of 79.

Born July 30, 1941 in upstate New York, Mike was the oldest son of Michael and Elaine Kohut. He loved his younger brothers, Richie and Ronnie, and assumed a lot of family responsibilities when his father passed away suddenly, while Mike was still a teenager. Mike and his family came to Manti in the late 1950’s and for Mike, Manti would forever be his home.

Mike worked in Manti’s parachute factory in the 1960’s and early 1970’s, when it was operated as a sewing plant by Catalina. But it was his nearly 40 years from the mid 1970’s to 2013, working at Manti Grocery, that would enamor him to the community. From his time in the original "friendly Red and White store" owned by the Wilbur and Jane Braithwaite family, to the modern store owned by the Crisp and Merrill families, Mike never met a stranger and made everyone’s day brighter. Whether he was stocking shelves, making sure the produce was fresh, or carrying out groceries for customers to their car, it was always with a smile.

Mike will go down in history with the distinction of being the longest continuously serving cast member in the Mormon Miracle Pageant. He couldn't wait each year for pageant time and throughout those 50 seasons, (1969-2018) Mike would appear in multiple scenes throughout each performance and helped cast members over the years to know their part. He will forever be remembered as the dance caller, who brought energy and enthusiasm to the pioneer square dancing scene.

Perhaps no son has ever been more devoted to his mother’s care, than Mike. He was the faithful son, always taking her to their church meetings in the Manti South Ward and tenderly caring for all of her needs, until she passed away in 1996.

Mike considered everyone in Manti part of his family, so small acts of service, particularly for widows in town, were just part of his daily routine. Rolling out garbage cans to the street, shoveling snow off the sidewalks or delivering groceries to those who were homebound, kept Mike busy. Much of that Christian service was repaid in 2009, when Mike was surprised on Christmas Eve with a Chevy pickup truck, purchased for him collectively from small anonymous donations, made by many in his community. For the next decade, the blue truck was Mike’s pride and joy, not only because he finally had some reliable transportation to get him around town, but knowing his friends and neighbors loved and cared for him.

The blue truck could often be found parked in the Manti City Cemetery, where Mike worked diligently to meticulously document the cemetery’s history and could lead anyone on a tour of where Manti’s most prominent citizens were buried. He enjoyed collecting and reading books, particularly about the pioneer history of Manti and the Sanpete Valley. He was a great supporter of the Manti History House and Heritage Gardens.

For those who didn’t know Mike well, they may have underestimated just how aware he was of what was going on in town. He followed the sports teams at the high school by listening to the games on KMTI and kept track of everyone else, through the society page of the Manti Messenger. He’d always make a small contribution to the wedding registries at Simmons, Elliott’s or Jensen’s and would quietly pay his respects at a viewing, whenever anyone in town passed away.

Mike loved his cats, who were always there to keep him company, particularly Scamper. While he was not able to serve in the military, Mike was very patriotic and would fly the flag at his home with pride.

In his later years, Mike made many friends at the Gunnison Valley Hospital and Clinic, who provided him with the good medical care he often needed. For the past two years, he’s been blessed to have wonderful caregivers at the Community Living Center in Centerfield and the Richfield Care Center, who provided him a safe and loving home. Mike experienced more than his fair share of hardships in life, however most folks would never know, because he was always happy.

In death, Mike is reunited with his parents, and his brothers Richard and Ronald. Mike is survived by his three nieces, Tracy, Teri, and Tiffany, who he fondly called "the kids" and his sister-in-law Janet. He also leaves behind many close friends of all ages in Manti, along with a community who will miss this humble fixture and his big heart, who taught us all that true happiness is found through service to our fellowman. "Ere the sun goes down, do a Christian deed, ere the sun goes down, help a soul in need," was the chorus to Mike’s favorite hymn, that was part of the storyline in the Mormon Miracle Pageant and the mantra to how he truly lived.

Graveside services will be held on Saturday, January 30, 2021 at 11:00 a.m. in the Manti City Cemetery. Friends may call prior to the services at Magleby Mortuary, in Manti from 9:30-10:30 a.m. Live Streaming of the services can be found at www.maglebymortuary.com under Mike’s obituary. DUE TO COVID-19, all attendees are required to wear masks and adhere to social distancing guidelines. Funeral Directors: Magleby Mortuary, Richfield, Salina and Manti.

To order memorial trees or send flowers to the family in memory of Michael Robert Kohut, please visit our flower store.