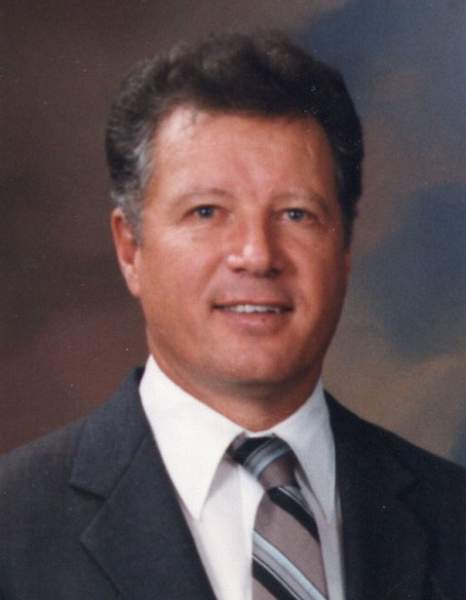 We celebrate the privilege of having had a kind man in our lives who we called husband, father, grandfather, great-grandfather, and friend.  MoRell Stewart Snow  “graduated” from earth life on January 4, 2022.  For a lifetime he has anticipated meeting his father, MoRell Snow, who was killed in an automobile accident six months prior to his birth, and also an older sister who died of pneumonia at age one year old.  He was born on a snowy evening November 19, 1935 at the home of his grandparents in Manti, Utah.  His mother, Iris Madsen Snow, raised her precious child, who she called “Sonny”.

His heart has always felt akin with nature and the out-of-doors.  As a youth he roamed the nearby hills with friends, building huts, fishing, swimming, etc. and would rejoice in being young and free until his mother’s voice resounded throughout the neighborhood, “Su-NEE,” (Sonny), and then he knew it was time to go home.

He attended Manti High School where he was a handsome young man extraordinaire.  As a teammate on the varsity basketball team, he took special notice of one of the cheerleaders, Sherrol Christiansen of Mayfield, who became his heartthrob.  He eventually won her heart, and she cheered him on forever more.  They are known as a team in all walks of life, and have created a union of “hearts knit together in unity and love.”

His passion included building a family home and surrounding it with verdant lawn, flowers, trees, and a prolific garden.  His creative inclinations found an outlet as he trimmed their shrubbery to become beautiful ornamental bushes.  He built secondary buildings at their home, learned to lay rock, and made beautiful fireplaces, chimneys, etc. at their own home and for others also.  He also loved the soil of his farm west of town and the crops which were grown there as well as the view of the range or the east mountains.

While yet in his 20's, he was employed as manager of Nelson Ricks Cheese Factory in Manti.  He would greet the host of farmers each morning as they came to deliver their milk, which he was responsible to make into large vats of high quality cheese daily.

He later was employed in the post office at Manti for 26 years.  Perhaps his greatest gift unfolded at this time when he greeted and served the patrons there.  He became known for not only dispensing postage and services, but customers came in regularly for a tonic of optimism and laughter.  He learned that a smile has the same meaning in every language.  He could strike up a conversation with anyone, and they would always leave with a smile on their face.  He was an ordinary guy with an extraordinary ability to discern others’ needs and deal with them kindly with his unassuming attitude and clever wit.  MoRell was a “man of all seasons” and a friend to all persons.  He was fondly nicknamed Mo.

He shared many choice experiences with his children as they trained and rode their horses together —  in the mountains, at the fairground, and in competitive events.  Family camp outs in the mountains generated adventure and fond memories.  He was a master story-teller, and he had an original ongoing episode of “Big Eagle” which the children anxiously awaited to hear the next incident of this imagined brave man.  When the grandchildren came to see Grandpa on special events, he would have them stand tall by a closet door frame, and mark their height and the date of the measurement.  This served as an eager pursuit by the children to observe how much they had grown since the last time they were measured.

His life encompassed service in many spheres, and his love for the Lord was evident in his daily living.  He had the blessing of serving in a host of capacities including ward and stake Executive Secretary, stake Young Men’s presidency, stake High Council, High Priest Group Leader, etc.  His heart was captured, however, by the students at Snow College where he served as bishop for six years.  He was a personable, easily approached, caring man, and whenever the light was on in his office, many of the ward members would stop by just to chat a few minutes with the “Bish”, get a piece of candy, and words of reassurance and encouragement.  He was known as a tender hearted man, and he counseled with the youth, and he also joked as well as wept with them.  He was an organizer and a doer.  The stake president commented, “You can give Bishop Snow a lemon, and he will always make lemonade from it!” This proved to be helpful also as he and his wife served a mission in the Ohio Columbus Mission.

As life progressed he was given opportunities to serve in the Manti Temple with his sweetheart, his wife.  Together they entered that sacred edifice to serve as ordinance workers for 15 years and later as regular, grateful patrons for the rest of his life.

When he passed away, he left to his family no fortune of finance but rather a heritage of wealth in example, in sacrifice, in obedience.  It could be said of him, “Well done, thou good and faithful servant, enter thou into the joy of the Lord.”

Funeral services will be held on Saturday, January 8, 2022 at 11:00 a.m. in the Manti 8th Ward Chapel (Red Church), 300 South Main, Manti.  Viewing will be held prior to services from 9:00-10:30 a.m.  Interment will be in the Manti City Cemetery.  Funeral Directors: Magleby Mortuary, Richfield, Salina and Manti.  Online guestbook at www.maglebymortuary.com

To order memorial trees or send flowers to the family in memory of MoRell Stewart Snow, please visit our flower store.