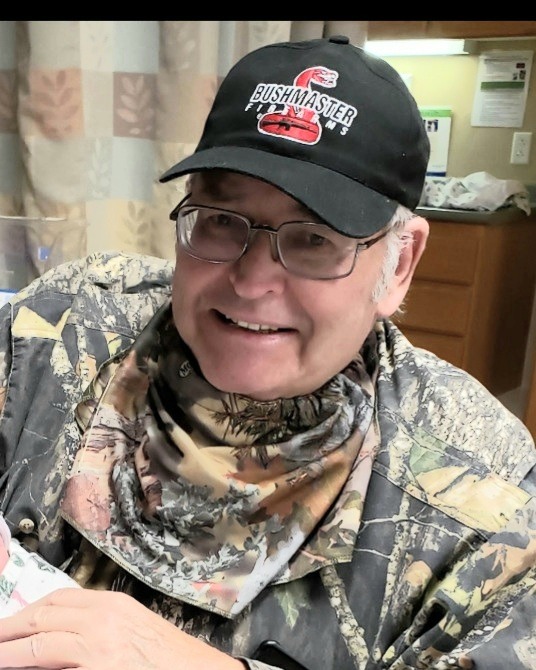 Neil Brent Barney passed away on October 18th 2022. He was 77 years old at his passing. He was preceded in death by his parents, Leslie and Edna Barney; his sisters: Reva, Lynn and Bessie; his brothers: Shirley and Everett; and Shirley (his smoking hot wife of 49 years). He is survived by his dapper brothers: Gary and Doug; his socialite sister, Darlene; his children: Brian (Marianne), Leslie (the pretty one) and Buck (Annalyn); his nine above average grandchildren: Jacob, Ember, William, Snow, Johnny, Adelaide, Remington, Belle and Ridge.
Neil was born in 1945 in a church in Vernal, UT. To this day we are surprised it stayed open. He was raised in Arizona and mostly Vernal. He graduated from Uintah High School in '63. After high school he served in the Air Force for one year in Washington State and three years in Ramstein, Germany. He competed on various rifle teams. We believe that the old cartoon, Commander McBragg was based on his military service. Upon returning home he met and married his dream girl, Shirley. He proposed to her many times —  59 no’s and 1 yes is still a yes. Every Friday the 13th  that followed, he told his wife happy anniversary because it was the day they met and the day they married. As a hopeless romantic he always bought his wife hunting and fishing gear for anniversaries, Christmases and birthdays. He loved chasing his wife around the house especially after he had to start using an electric wheelchair.
He enjoyed reloading, fly tying, hunting, fishing, Dutch oven cooking, wood work, writing, travel and making dinosaurs. He was an expert at shooting and assigning his kids to set up tents. He also enjoyed watching movies and TV shows. He was also an innovator. Years before remote controls were commercially available he had managed to create three remotes that coincidentally had the same names as his children.
He had a great love for other people especially when they were at a distance. He had a good sense of humor. He could literally make fun of anything. This came in handy when he and Shirley served as stake missionaries with the young adults and during his 27 year career at Mountain Bell.
He loved his grandchildren even more than he loved his trips to the DI — which if you know him is really saying something. He often said that the grandkids were all that he kept living for. He loved his kids so much that even his least favorite still got the bronze. He loved his favorite daughter, two daughters-in-law and his two over-sized sons. There is a reason he was called Mr. Wonderful.
Funeral services will be held on Friday, October 28, 2022 at 12:00 Noon in the Mt Pleasant 5th Ward Chapel. Friends may attend the viewing prior to services at the church from 10:00-11:30 a.m. Interment will be in the Fairview Cemetery with military honors by the Fairview VFW and Air Force Honor Guard. Funeral Directors: Magleby Mortuary, Richfield, Salina and Manti. Online guestbook at www.maglebymortuary.com

To order memorial trees or send flowers to the family in memory of Neil Barney, please visit our flower store.