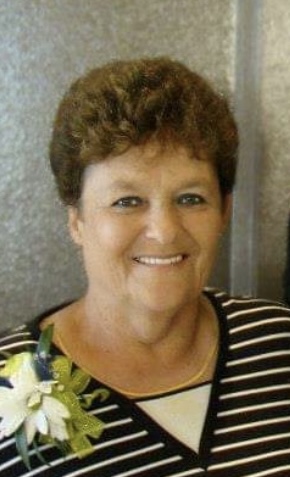 The Graveside Service is open to the public
Nila Burr
Richfield, Utah

Nila Nielsen Burr, 79, gained her wings on Saturday, June 18, 2022, in Richfield with her three children at her side after declining health the past three years. She was born May 5, 1943 in Richfield to Henry O’Niel and Wanda Hicks Nielsen.  She married Jerry A Burr in January 1962. Their marriage was solemnized in June 2000 in the Manti Temple. He preceded her in death on May 3, 2006.

Mom loved a lot of different things, a few were car rides, fishing, riding her ATV, crafting, ceramics, making porcelain dolls, knitting, crocheting and quilting. Mom loved her animals, in fact, she would joke that she liked animals more than she liked people.

Mom worked at Bradshaw Auto Parts, then drove for UPS when they first came into the valley. Later she found the career she loved with Richfield communications as a dispatcher for the highway patrol. She retired after 27 years of service. Mom also ran on the ambulance crew during her dispatch years.

She is survived by her children: Janiel (Randy) Corley, Clark (Sheri) Burr, Casey Burr; 8 grandchildren and 6 great-grandchildren with another on the way in December; sister, Margaret Kiesel; brother, Ted Nielsen.

Mom didn’t want a funeral. Please join us at the graveside services held Saturday, June 25, 2022 at 11:00 a.m. in the Richfield City Cemetery. There will be no viewing. Funeral Directors: Magleby Mortuary, Richfield, Salina and Manti. Online guestbook at www.maglebymortuary.com

To order memorial trees or send flowers to the family in memory of Nila Burr, please visit our flower store.