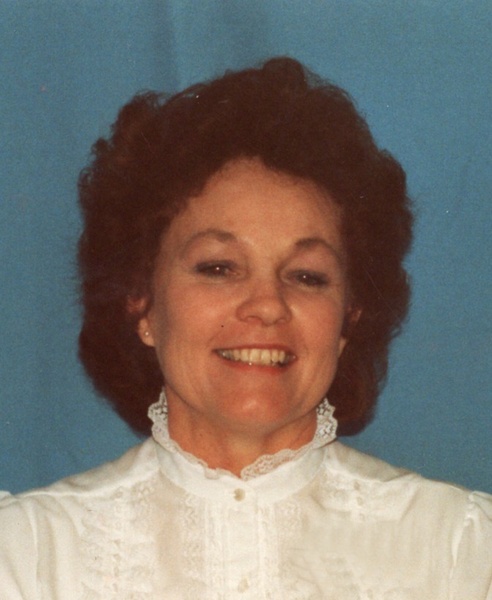 Patsy Ann Wintch, 87, passed away peacefully on September 27, 2022.
Patsy was born April 14, 1935, to Henry Leroy Cox and Wilma Sarah Jones.  She married her high school sweetheart, Dan K Wintch on May 17, 1952.  They were later sealed in the Manti Temple on July 2, 1956.  Together they have 4 children, 17 grandchildren, and 45 great-grandchildren.  Family was the center of Patsy’s life. She often said her children were her greatest accomplishment, she called them her trophies.  Her grandchildren and great-grandchildren brought her so much joy!
Patsy was a woman of many interests, talents and occupations.  She once answered an ad in the newspaper and became a professional clown.  She enjoyed her time entertaining at children’s birthday parties and events.  She worked for Dr. McGarry, as a dental receptionist and she was the clothing supervisor for the Manti Temple.
She took great pride in her home and yard.  She had the eye of an interior designer and worked endlessly at making her visions come to life.  Through the years she enjoyed ice skating, horseback riding, square dancing, card playing, reading, knitting, and sewing. She was an excellent seamstress. She designed and sewed clothing, costumes, curtains, draperies and quilts. She spent many hours piecing and hand quilting wall hangings and quilts with love in every stitch.
Patsy was a dedicated Utah Jazz fan.  She looked forward to each new season with anticipation.  However, she didn’t always agree with the coaching and/or trade decisions.  Perhaps it was all too much to bear!
Patsy was a good friend.  She had many life-long friends who were a precious part of her life.  She will be missed.
Patsy is survived by her children: Michael K (Lynda) Wintch, Manti; David D (Margaret) Wintch, Erda; Shelley Ann (Roger) Alder, Manti; Carma Marie (David) Sikich, Draper; her brother John (Suzanne) Cox; her grandchildren and great-grandchildren.
She was preceded in death by her husband, Dan K Wintch; her parents, Henry and Wilma Cox; and her sister, Carma Beverly Cox (Frank) Levey.
Funeral services will be held Monday, October 3, 2022 at 12:00 Noon at the Tabernacle in Manti, Utah.  A viewing will be held prior to the service from 10:00-11:30 am. Interment will be in the Manti City Cemetery.  Funeral Directors: Magleby Mortuary, Richfield, Salina and Manti.  Online guestbook and live streaming of the services can be found at www.maglebymortuary.com under Patsy’s obituary.

To order memorial trees or send flowers to the family in memory of Patsy Ann Wintch, please visit our flower store.