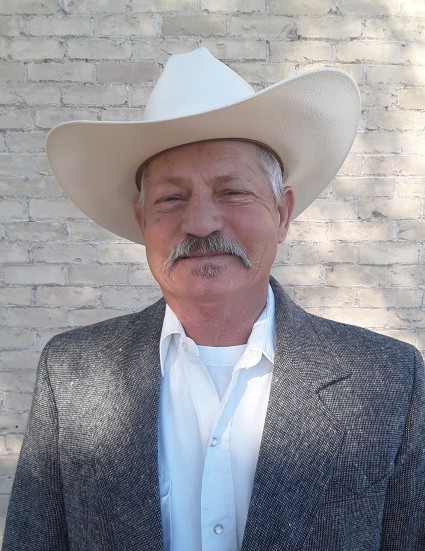 
Paul Howard Hackwell, age 64, passed away on February 17, 2022. He was born on November 23, 1957, to Delbert Darwin Hackwell and Marilyn Jean Goff in Torrance, California. He was the youngest of 6 children.  As a youth, his family moved to Salt Lake City, Utah. He married Tawnya Jean Mitchell on April 14, 1975 in Salt Lake City, Utah. They had 4 children together: Brandy Jean, Sabrina Marie, Brent Paul and Christina Dawn. Paul and Tawnya divorced in early 1981. Paul met Kimberly Pearce and they were married on August 28, 1981 in St George, Utah, they remained married for 40 years until his passing. Together they had 4 children: Beau Justin, Tiffany Grace, Shan Tyler and Heath Garry. He is the proud grandpa of 19 grandchildren and 8 great-grandchildren with another on the way.

As a teenager, he followed in his father and older brothers’ footsteps and became a welder and worked in that trade for 20 years. He moved his family to the Gunnison Valley in 1993. A year later he decided to start his own business and had a successful painting business for the next 25 years, painting several of the rural IHC hospitals in South-Central Utah as well as many homes.  He semi-retired after his kidneys failed, and he had to start dialysis. He enjoyed his association with his fellow dialysis patients and liked to joke and tease with them. He always wanted to try and brighten their day. He developed friends among them that he cherished. While on dialysis, he worked part-time delivering meals on wheels and developed a great love for many of the seniors he served in the Gunnison Valley. He loved to make them smile with his silly jokes and teasing and would often go visit them on his days off. After 5 years of dialysis, Paul was blessed to receive a kidney transplant in May 2020. He recovered quickly and worked hard to do what he could to stay healthy and fit, going to the gym almost every day in order to take care of the gift he was given.

Paul enjoyed bull riding as a teenager and had a lifelong love of the rodeo. As a child, Paul’s father raised game chickens and Paul loved working with them. Later for a short time he raised some of his own and they became pets to him. His wife, Kimberly, would jokingly call him the chicken whisperer. He loved to go fishing and especially liked it when his family would go with him. He enjoyed deer and elk hunting with friends and family as well. His passions were working with his hands, listening and singing along to the golden oldies, card games with family and watching old westerns.

He is preceded in death by his parents; brothers: Michael Eugene Hackwell and Larry Odel Hackwell; daughter: Brandy Jean Hackwell.

His family is grateful for all the care he received while doing dialysis at the Sevier Valley Dialysis Center in Richfield, his transplant team at the Intermountain Transplant Center and all the wonderful nurses and doctors at Intermountain Medical Center who cared patiently and tirelessly for Paul during his last days.

Funeral services will be held on Friday, February 25, 2022 at 12:00 Noon in the Centerfield 1st Ward Chapel. A viewing will be held from 10:30 - 11:30 a.m. Interment will be in the Centerfield City Cemetery. Funeral Directors: Magleby Mortuary, Richfield, Salina and Manti.  Live streaming of the services and online guestbook at www.maglebymortuary.com under Paul's obituary.

To send flowers to the family or plant a tree in memory of Paul, please visit our floral store.

To order memorial trees or send flowers to the family in memory of Paul Howard Hackwell, please visit our flower store.