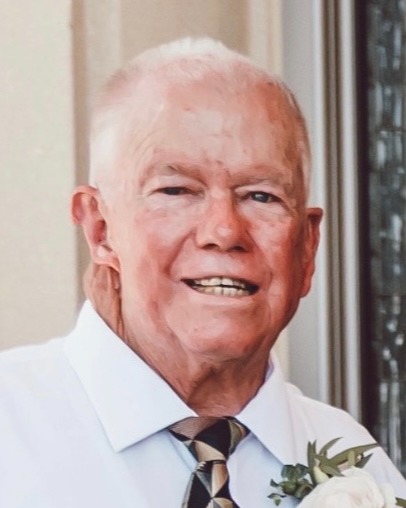 Phillip M Murray passed away unexpectedly of natural causes in his home on Saturday, October 29, 2022 at the age of 78.
Phil was born on June 18, 1944 in Preston, Idaho. He graduated from Napa High School in 1963. He served a mission for The Church of Jesus Christ of Latter-day Saints in the Northern States Mission (1964-1966), attended Ricks College, graduated and continued his education at
BYU, completing his degree in Recreation Resource Management. It was while attending BYU
that Phil met the love of his life, Vickie Ann Clark out on the dance floor. They were married on
November 18, 1971 in the Salt Lake City Temple and last year celebrated 50 years of marriage.
Phil and Vickie moved to Ephraim, UT, to manage the city's indoor pool. Phil worked at Snow
College for 32 years as the Aquatics Director at the Activity Center. He coached or assisted a
number of collegiate programs, taught a variety of courses and managed numerous recreational
programs. Recreational sports and youth programs were his passion, he was involved in the
Ephraim City Recreation Program and other programs at both the state and county levels for
40+ years.
Phil’s greatest joy came from helping others, youth sports, and especially in being involved in the lives of his 6 children: Todd (Misty), Ty (Juanita), Travis, Trent (Sara), Tara (Keith), and Tate (Natalie). While being a father and teacher he could be found coaching for all of his kids and many of his grandkids. Phil loved his 20 grandchildren and made it a priority to attend their major life events.
Phil was an outdoor enthusiast, he loved riding horses, snowmobiling, boating at Lake Powell, camping, going for long drives up the mountain, and working in the yard. If he wasn’t coaching he would be spectating, watching ball games at the fields, local gyms or watching sports at home on TV.
He was preceded in death by his father, Owen D Murray; and mother, Norma Peterson Monson; his brothers: Quinn, Kless, and Scott Murray; and his son, Travis Boye Murray. He is survived in death by his sisters: Yvonne (Lowell) Glenn, Kathy (Rojer) Sorensen, Melodee (George) Steiner; and sister-in-law, Carol (Scott) Murray.
Funeral services will be held on Monday, November 7, 2022 at 12:00 Noon at the Ephraim Stake Center, 400 East Center Street. Viewings will be held at the church on Sunday, from 5:30- 7:30 pm and prior to services on Monday from 9:30 - 11:30 am. Funeral Directors: Magleby Mortuary, Richfield, Salina, and Manti.
Online guestbook at www.maglebymortuary.com.

To order memorial trees or send flowers to the family in memory of Phil Murray, please visit our flower store.
Murray.Phil.program.pdf
Open