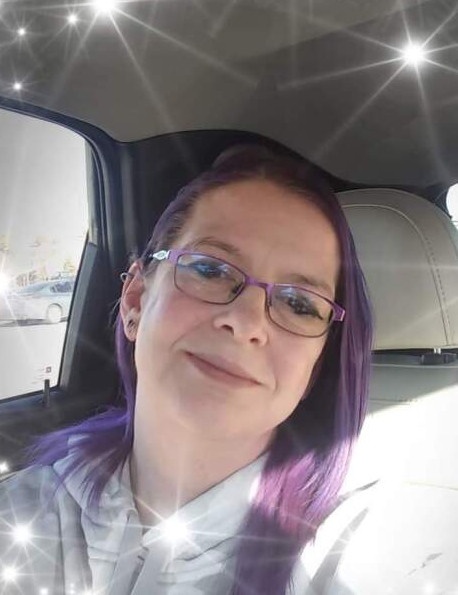 Rachel Marie Riggs Cronin—wife, mom, nana, daughter, sister and aunt, passed away on May 15, 2022 in her home in Escalante at the age of 45. She was born on May 11, 1977 in Panguitch, to Mayo John and Tina Marie Kay Riggs. She was the oldest of five kids. Rachel grew up in both Vernal and Panguitch.

Rachel met her first husband, Scott Allyn Edmiston in 1993. She and Scott married on August 9, 1994 and then welcomed their daughter Jesse Skylene.  Scott was killed in a car accident on August 24, 1996.

Through the years Rachel has lived in many places, but her absolute favorite was Gold Beach, OR. Her love of fishing and outdoors could always be met there.  She moved back to Utah in 2010 where she reconnected with the love of her life, Terrell Lee Cronin of Escalante. They were married on May 30, 2012 by her brother in Las Vegas, NV.

Camping, fishing, hiking, concert going, football and anything involving her granddaughters were her favorite things to do.  Let’s go Raiders!

Cremation services to be held in the Magleby Mortuary Crematory. Family memorial services will be held at a later date. Funeral Directors: Magleby Mortuary, Richfield, Salina and Manti. Online guestbook at www.maglebymortuary.com

To order memorial trees or send flowers to the family in memory of Rachel Marie Cronin, please visit our flower store.