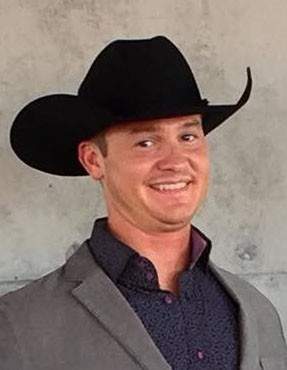 Raice Richard Nelson passed away on Wednesday, June 15, 2022 at his home in Scottsdale, Arizona. He was born on September 16, 1980 in Provo, Utah to Rick and Katey Nelson. He was a happy child who loved animals. In his early teens, he raised turkeys, pheasants, ducks, rabbits and also had show steers that made him enough money to buy his first truck.

Raice played all sports but excelled in wrestling and football. After graduating from North Sevier High School, he attended Southern Utah University in Cedar City. He completed his generals and pursued a Radiology career. He was accepted in Weber State University and moved to Salt Lake City. After graduation he worked at various hospitals in the Salt Lake City area. He then decided to go into Nuclear Medicine and attained that certification as well. After working in Nuclear Medicine for a couple years, he decided that he wanted to be a Physician Assistant. That schooling took him to Baltimore, Maryland where he graduated with his Physician Assistant degree.

After completing school in Maryland, he returned home for the summer and then got his first job as a Physician Assistant working in the Emergency Room at Kingman Regional Medical Center in Kingman, Arizona. He worked there for a couple years and then transferred to Phoenix and continued to work in various area hospitals emergency rooms. He loved his job and especially the people he worked with.

Raice purchased a beautiful home in Scottsdale and was very handy with woodwork and building furniture. He made various cabinets and outdoor furniture. He was really proud of his yard. He worked very hard to re-do the landscaping, rock work, trees and other flowering bushes around his pool. He had a beautiful yard.

He was a lover of hunting and especially guns. He taught himself (through you tube and google of course) how to assemble all sorts of guns. He had numerous pistols, rifles and other types of guns. He found it very challenging and fascinating to figure out the mechanism and how they worked.

Raice was a wonderful son who came home as often as he could to help with the ranch. He always came during the spring and fall to gather the cows and help his dad. He was a great brother, nephew and uncle. He was a fun-loving man who loved people, helping them and having fun with friends and family. He loved biking, fishing, hunting, camping and even traveling when he could. He made many friends along the way.

Raice has left a huge hole in our hearts and everyone who knew and loved him. He will be greatly missed.

Funeral services will be held Friday, June 24, 2022 at 10:00 am in the Aurora Ward Chapel, where friends may call Thursday evening from 6:00 – 8:00 pm or Friday morning from 9:00 – 9:45. Burial will be in the Aurora City Cemetery. Live streaming of services and online guestbook can be found at www.maglebymortuary.com below Raice's obituary. Funeral Directors: Magleby Mortuary, Richfield, Salina and Manti.

To order memorial trees or send flowers to the family in memory of Raice Richard Nelson, please visit our flower store.