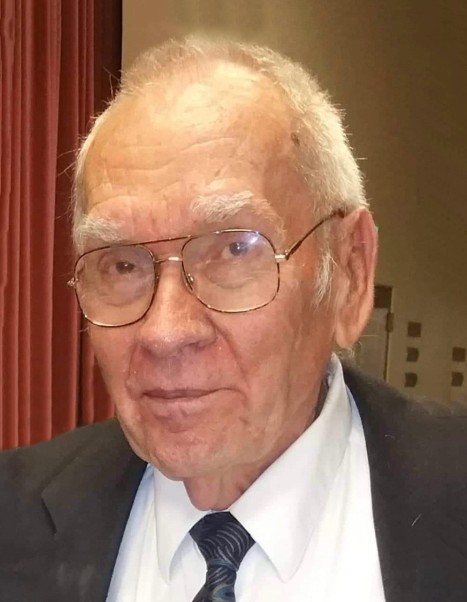 Ralph Allen Pixley, known to his family and friends as Allen, was born on January 6, 1931 in Salt Lake City, Utah.  He passed away peacefully in his sleep at 90 years old on August 10, 2021 in Ephraim, Utah.  At eight months old, Allen moved with his family to Glendale, California, graduating from Glendale High School in 1949. He continued his education at BYU and served in the Korean War, stationed in Germany as a Radio Repairman. After his honorable discharge he returned to California, where he met and married Arlene Fern Dewey in 1956.  They had four daughters, but after twenty-eight years of marriage they divorced.  He later married Wynona Engel, but after several years of marriage they also divorced.

Allen was a lifelong member of The Church of Jesus Christ of Latter-day Saints.  He was known for his intelligence and dry sense of humor.  He had a talent for playing the piano and a beautiful singing voice.  He also had a fascination for trains and was a master at playing chess.

He is preceded in death by his parents,  Ralph Ozias and Laura Bateman Pixley; daughter, Mary Alice Pixley; and sister, Laura Pixley Cox. The family would like to thank the staff of Golden Skyline Assisted Living, for their care of Allen during the last couple years of his life.

Graveside services with Military Honors will be held on Friday, August 20, 2021 at 2:00 p.m. in the Midvale City Cemetery, 471 West 6th Ave.  A viewing will be held prior to services at Magleby Mortuary, 195 W 100 N, Manti, from 10-11 AM.  Allen will be laid to rest beside his sister and other family members.  Online guestbook at www.maglebymortuary.com.  Funeral Directors: Magleby Mortuary, Richfield, Salina and Manti.

To order memorial trees or send flowers to the family in memory of Ralph Allen Pixley, please visit our flower store.