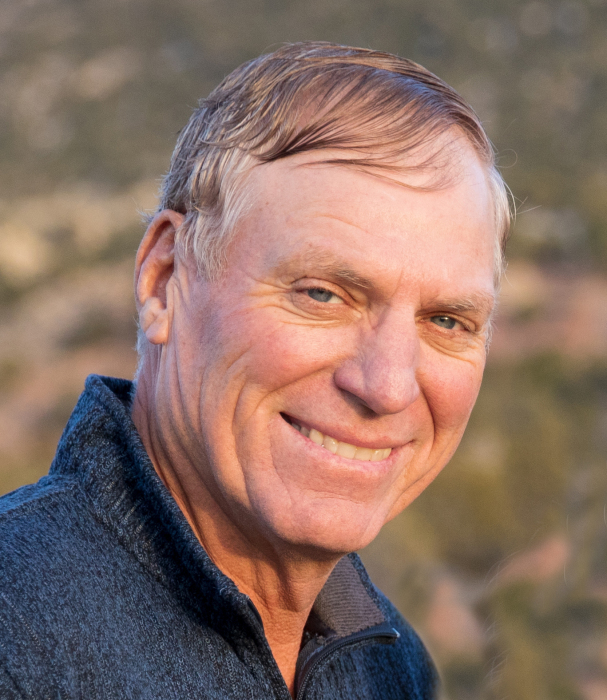 Reid Melvin Cox, known by those who loved him as "Lips," made his last solo flight home on December 17, 2020. Reid passed through the veil after a 30-day battle with COVID-19 at the Utah Valley Hospital surrounded by his loving family.

Reid was born January 14, 1956, to the late Max Arthur Cox and Melva Denison Cox in Mount Pleasant, Utah. Being one of seven children, Reid was raised in a home filled with love, hard work, and laughter. Reid is and has been a lifelong citizen of Manti, Utah.

Reid was an exceptional athlete and excelled during his adolescent years, especially in basketball and tennis.  It was also during these years where he learned to love the outdoors. Some of his fondest memories were hunting in the mountains above Manti. Reid may have been a fisherman like his father, but he lived with undiagnosed PTSD from when Max hooked him in the face while casting.

At the age of 14, he met his childhood and eternal sweetheart, Claire McCaul. Reid thought he was smooth with the pick-up line, "Well, hello doll," when in fact, Claire recounts thinking, "What a creep!" Reid was many things, but a quitter he was not. A courtship ensued, and five years later, Reid and Claire married for time and all eternity on May 10, 1975, in the Manti Temple. For the next forty-five years, Lips would forget their anniversary.

Soon after their marriage, Reid started his long and successful career in road construction, working alongside his business partners and brothers Dennis, Kevin, Lee, and cousins Ronnie, Brent, Larry, and Michael Cox. For the next twenty years, they ran a successful company known as Cox Rocks products. After selling the business, Reid enjoyed a period of being self-employed and then finished his working career at Azomite Mineral Products in Nephi, Utah.

When Reid wasn't assembling and operating multi-million-dollar crushers, he was a master handyman. His trademark techniques include first assembling it wrong, yelling at Claire for buying it, hitting metal on metal, opening and slamming the door, and when all else would fail, positive words of affirmation like "C'mon baby." Reid would often be quoted as saying, "With a little bit of wire and silicon, you can fix about anything." No matter the occasion, Lips would never be caught without his trusty Leatherman. You knew the job was done when he'd say, "It's fixed...... Just don't use the d**n thing," and return to his favorite recliner where he earned the rank of black belt, grandmaster napper. When Lips wasn't napping, he enjoyed watching re-runs of westerns, the Hallmark Channel, and, as he would say, "big-money movie." Reid was also a pilot and would often spend his free time with his second love, CESSNA.

Reid was an exceptional father to his five children: Brett (Jenny), Kim (Josh), Kenny (Rachel), Kevin (Janae), and Christine (Todd); and a proud grandfather to 18 grandchildren. Reid taught his posterity the value of hard work, integrity, service, Christ-like attributes, and how to love life through his example. Reid loved spending time with family, snuggling his grandkids, and reminding everyone that he was number one. Reid was a little league coach, a spiritual leader, a friend, and made everyone feel like family. Reid's greatest wish is for his family to be together forever.

Reid is survived by his siblings: Dennis and Lee Cox, Myra Braithwaite, Maxine Jacobsen, and Michelle Hatch. Reid is preceded in death by his mother, father, and brother Kevin.

Online guestbook and live streaming of the services can be found at www.maglebymortuary.com under Reid's obituary. Magleby Mortuary, Richfield, Salina and Manti.

To order memorial trees or send flowers to the family in memory of Reid Melvin Cox, please visit our flower store.