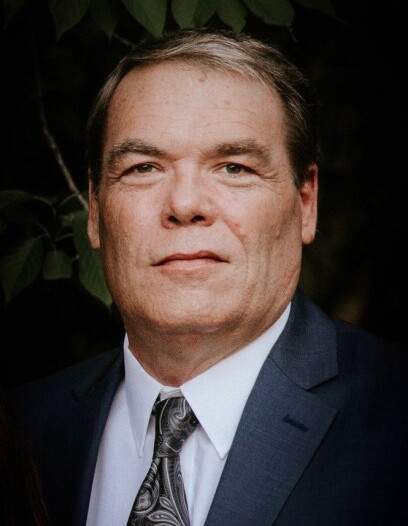 Richard Michael Carpenter, 58, passed away unexpectedly on Thursday, July 7, 2022 at his home in Las Vegas, Nevada.  Richard was born July 26, 1963 in San Mateo, California to Richard Earl and Mary Elizabeth Carpenter, the youngest of five children. Shortly after his birth, the family moved to Encino, California where he grew up and graduated from Crespi Carmelite High School. He then attended the University of California, Santa Barbara, graduating with a degree in Political Science.

After college, he moved to Washington D.C. The series of jobs he held in the capital were of great significance to Richard for the remainder of his life.

He worked at the National Air and Space Museum, where he was surrounded by his passions for American history and aviation. He then managed a video store, where he met Kathalene “Kathy” Yardley, who would become his beloved wife of 32 years. Finally, he worked in the Department of Education, where he was able to contribute to the political system he cared for so deeply, during the Reagan Administration he so respected.

He and Kathy then moved back to California, where they were married on November 4, 1989, in the same Catholic Church (St. Cyril of Jerusalem) that he attended as a boy. Together they raised their only child, Richard “Ricky” John Carpenter. In 2001, the family moved to Las Vegas, Nevada, where he discovered his enduring love for the desert and the history of the town.

Richard collected many hobbies throughout his life. From his father, he inherited passions for camping, model making, American history, family history, astronomy, film, and more; he would  later share these interests with his own son.

He was also an impressive car enthusiast. From the moment he could drive, he was obsessed with the open road, spending countless hours working in the garage, racing with friends, and driving across the country. After returning to California from Washington D.C., his career would revolve entirely around automobiles.

His love of cars was matched only by his fondness for firearms. After moving to Las Vegas, he spent much of his free time researching, building, and shooting guns in his beloved Mojave Desert.

Richard was an obsessive man whose curiosities grew by the day, and he loved nothing more than sharing them with others.

Later in life, he would battle the effects of Multiple Sclerosis, which affected his ability to enjoy many of his hobbies, but he fought as hard as he could to enjoy things the way he wanted to enjoy them.

Richard was a proud man—proud of his family and his countless interests, and it is through these things that he will be remembered and loved.

He is survived by his wife Kathy; his son Ricky (Olivia); his grandchildren: Jude and Lucille; and his siblings: Patsy (Jack), Chris (Amy), Susie, and Barbie (Jerry). He is preceded in death by his parents; and his in-laws, Jack and Ivadell Yardley.

To order memorial trees or send flowers to the family in memory of Richard Michael Carpenter, please visit our flower store.