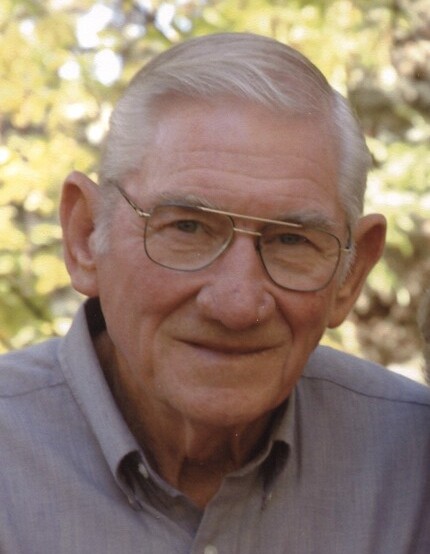 Robert Max Nielson age 86, passed on peacefully November 1, 2020 in Nephi from complications related to Parkinson’s Disease. Bob was born on April 5, 1934 in Richfield, Utah. He was the son of Lorna Lorensen Nielson and Max Theodore Nielson and stepfather, Tell O. Jensen. His father Max passed away before Bob was 2 years old. Lorna later married Tell who was a wonderful father for Bob.

Bob was raised in Richfield, Utah. He graduated from Richfield High and Snow College. While at Snow he met a girl named LaRue Hougaard. They dated and were engaged, and he then left immediately for a 2 ½ year mission to Denmark. LaRue waited for him and they were married upon his return on September 20, 1957 in the Manti Temple. They went to Logan and continued Bob’s education in Biology and Life Sciences at Utah State. After graduating, he began a teaching career at Tooele High School and taught Biology, Botany and Zoology for 31 years. During that time, he pursued and received his Master’s Degree from the University of Utah.

He worked hard doing various part time jobs to make ends meet. He lived and raised his family in Tooele for 45 years before moving to Nephi in 2004. Living in Tooele was wonderful blessing for Bob and his family. Bob was a server and a worker. Whatever he said he would do—got done. He was active in The Church of Jesus Christ of Latter-day Saints. He served in many callings including, Scoutmaster, Bishopric, Gospel Doctrine, High Council, and Elder’s Quorum. He was a faithful home teacher for over 50 years. Along with his full time mission to Denmark, he and LaRue served a full time mission at Cove Fort Church Historical Site and a service mission in the Nephi Bishops Storehouse.

Bob was an outdoorsman. He loved hunting, fishing, riding motorcycles and camping with his family. He always enjoyed having a hunting dog. Hunting pheasants over a good dog was his favorite. He was a Browning Shotgun man and superb wing shot. He enjoyed rebuilding cars and motorcycles, and spent much time doing that for profit and pleasure. It was important for him to have a nice yard and garden. He took pride in both of those. You seldom saw Bob driving anything but a freshly washed vehicle. He had big strong hands that had seen much work and service through his 86 years of living a full life.

Funeral will be Friday November 6, 2020 at Noon in the Nephi 5th Ward Building at 345 East 500 North Nephi, Utah. Viewing will be from 10 - 11:30 a.m. Live streaming of the services can be found at www.maglebymortuary.com under Bob’s obituary. Interment will be in the Manti City Cemetery. Funeral Directors: Magleby Mortuary, Richfield, Salina and Manti.

Bob’s family would like to express heartfelt gratitude to Eudean Anderson and her loving staff at Red Cliffs Assisted Living. Also, Dr. Rosenbeck and all of the staff at Central Valley Medical Center and Home Health. You were a blessing through this past year!

To send sympathy gifts to the family or plant a tree in memory of Robert Max Nielson, please visit our tribute store.

To order memorial trees or send flowers to the family in memory of Robert Max Nielson, please visit our flower store.