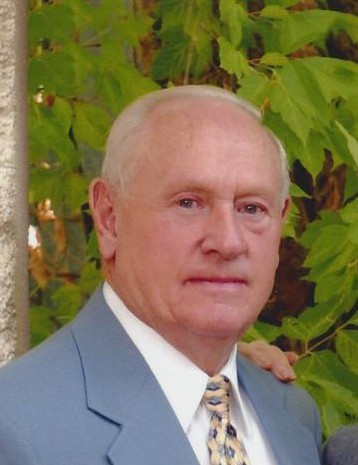 Dale is the son of Bryant Kimball and Edna Hansen Lund, was born in Manti, Utah.  He graduated from Manti High School.  He also attended Snow College, Utah State University, and University of Utah.

Dale married the love of his life, Janet James on July 29, 1953 in the Manti Temple.  They were able to spend 64 years together.  They raised 3 wonderful children, Connie, (deceased), Larry, and Steven. Janet preceded him in death on May 11, 2018.

Dale served in the US Army in Tokyo, Japan as a communication specialist for the US military.  His wife and daughter were able to join him and live there for many months while he served.
Upon his return home, Dale worked for the Bradshaw Auto Parts Company for 28 years. In 1980, he and a business partner, Sandra Anderson, opened Main Auto and Truck Supply.  His son, Larry was fortunate to work with him for many years and eventually bought the store.

A favorite pastime of Dale’s was spending time in the mountains, creek fishing, and having steak roasts with family and friends.  He will long be remembered as one of the 4D’s along with his friends, Don Simmons, Dean Lund, and Doyle Larson.  He enjoyed many trips down the Colorado River before Lake Powell was formed.  He loved spending time on his 4-wheeler, rhino, and Jeep exploring nature.

He is a member of The Church of Jesus Christ of Latter-day Saints.  He served in various callings. One of his favorite callings was Scoutmaster.

He was always willing to help anyone and could fix almost anything that needed to be repaired.  He and his brother, Dean, owned and operated Lund TV.  He also operated the local television translator stations, which made it so county residence could enjoy watching TV.

His wife, Janet; daughter, Connie; brothers, Douglas and Peter; and his parents Bryant and Edna Lund, preceded Dale in death.

Funeral services will be held Monday, January 18, 2021 at 11:00 a.m. in the Manti Stake Center, 555 East Union, where friends may call from 9:30 - 10:30 a.m.  Burial will be in the Manti Cemetery with military honors by the Manti American Legion Post #31.  Live streaming of the services and online guestbook can be found at www.maglebymortuary.com under Dale’s obituary.  Due to COVID-19, all attendees are required to wear masks and adhere to social distancing guidelines.  Funeral Directors: Magleby Mortuary, Richfield, Salina and Manti

To order memorial trees or send flowers to the family in memory of Robert Dale Lund, please visit our flower store.