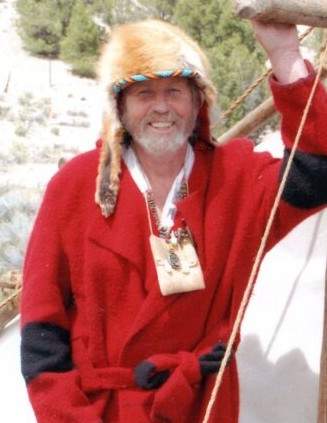 Robert D. Sorensen “R.D.” stepped through the veil into the loving arms of his Heavenly Father on February 12, 2022 at his home in Elsinore, of natural causes.  He was born August 10, 1946 in Elisnore, the son of Marlin.D. Sorensen “Dee” and Eliza “Catherine” Cowley. R.D. is a member of The Church of Jesus Christ of Latter-day Saints.

R.D. married Frances Elizabeth Messmer on December 31, 1965. They are the proud parents of nine children: Robert Dale (Kyoko), MyShele, Jarryd, Danyiel, Duztin (Sarah), Tammera (Aaron), Angenette and Kipp (Aja). At the time of his death, he was a grandfather and a great-grandfather of many precious children.

R.D. built and established Sorensen’s Game Processing which operated for 50 years and was “famous” for his many different flavors of jerky and salami. Hunters from five western states brought their game to him to be processed.

He was a farmer by heart and soul. He loved to stoop down, grab up a handful of fresh plowed dirt, hold it in his hand and smell it. It was always a pleasure to hear him whistling while driving his farm equipment. Everything about farming made the man happy! He had received scholarships to Utah State University and Southern Utah State College, maintaining a 4.0 grade average. But college held no interest for him and he returned to Sevier County to run his beloved farm.

He helped to establish the Tushar Mountain Village and Equestrian Concession within the Fremont Indian State Park and Museum. It operated for several years before it was moved to Bryce Canyon, Utah. He held many different positions in the Friends Group of the Park and was an avid fighter to preserve the Native American culture it represented. He received many award certificates from the curators of the museum for his courageous defense of the “Spirit of the Park”. Regardless of any organization or business he was a part of, he was always quick to smile, loved to laugh and always had a good story to tell. R.D. was well versed in the “history” of Sevier County, including Kimberly and Clear Creek Canyon.

He was a coal miner for over 22 years. His co-workers gave him the title of “The Old Man of the Mountain”. One of the miners even drew a picture of him with his hard hat on.

Known by his work ethic throughout Sevier County, R.D. never had a spare moment each and every day, nor did he ever have a day where he wondered what he ought to be doing. From the age of 18 to 75, he never flinched, He worked day and night until the job was finished.

He completely enjoyed his membership in the Rocky Mountain Man group. He so loved being with his fellow mountain men and attending their yearly rendezvous, until his legs couldn’t take him where he wanted to go. It was a personal blow and disappointment to him when he could no longer join the “boys” (Leland, Chavis and Tyrell Curtis) to participate in the many activities he enjoyed for so many years.

Being adopted by the United Eastern Lenape Nation, he helped his wife Frances teach cultural and primitive classes at their home for over eight years. He was also involved in archaeology for 32 years, and worked on excavations in Utah and Arizona. He had the heart of the Paiute Elders. They would drop in every deer season for their bag of jerky, but when age and death slowed those visits, he missed them greatly.

He will be laid to rest in a graveside service on Saturday, February 26, 2022 at 1:00 p.m.  in the Joseph Town Cemetery.  There will be no public viewing prior to the graveside service. Funeral Directors: Magleby Mortuary, Richfield, Salina and Manti. Online guestbook at www.maglebymortuary.com

To order memorial trees or send flowers to the family in memory of Robert "R.D" D Sorensen, please visit our flower store.