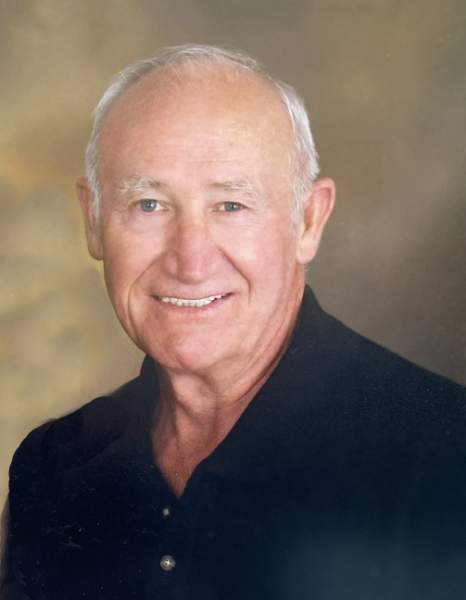 Joseph Roderick “Rod” Lister, 81 passed away peacefully at home and into our Heavenly Father’s presence on October 28, 2021.  Rod was born on April 15, 1940 in Cedar City, Utah. He was the third of four sons born to Claude Robinson and Miriam Pendleton Lister.  He was raised on the family farm in Parowan, Utah.  He graduated from Parowan High School in 1958, served in the Utah Army National Guard while attending Southern Utah State College and played college football.  He finished his college education at Utah State University with a BS degree in Entomology.

During his college years he met Patricia Anne Moore and they married in October of 1966 in the Salt Lake Temple. Two boys were born to this eternal union, Danial and David M.

Dad began his career working as a Range Tech with the Bureau of Land Management in Cedar City and his career spanned 39 years with assignments in Nevada, New Mexico and Utah.  His wife Patricia was unexpectedly killed in an accident in 1974.  Dad remarried Vanda Mitchell in the Salt Lake Temple and she brought three boys to the marriage: Terry, Tim and Paul.  One more son was born, James Roderick.  The large family settled in Richfield, Utah and Dad loved living and working in the beautiful mountains and valleys of Southern, Utah. In 1987 he was divorced and in May of 1990 he married Kathy Gray in the Manti Temple.  This union added three additional boys: Bryan, Robert, and Kelly; and the family grew to 9 boys.

Dad was a loving, generous, fun-loving, hard-working, talented and kind father, grandfather and husband. He and Kathy labored many years to build a cabin in beautiful Beaver canyon and it became a wonderful place of cherished family gatherings and activities that have shaped our entire family.  He was extremely talented with his hands and built many pieces of furniture for many family and friends, his talents and gifts will be appreciated for generations.  He served faithfully in his church and temple callings. He made an eternal and indelible impression on all of his children—all 9 boys—and their children. He has 25 grandchildren in all of his marriages and 5 great-grandchildren.  He was a Christ-like example in all of his service. He lived the two great commandments to love God and then to love and serve others and he did so with all of his heart.

He is also preceded in death by his parents; brothers: Douglas J. Lister and Sherel P. Lister.

Funeral services will be held Saturday, November 6, 2021 at 11:00 a.m. in the Richfield 2nd Ward Chapel, where friends may call from 9:30 - 10:30 a.m. Burial will be in the Richfield City Cemetery with military honors by the V.F.W. Sevier Post #5050 and Utah Honor Guard. Live streaming of the service and online guestbook can be found at www.maglebymortuary.com under Rod’s obituary. Funeral Directors: Magleby Mortuary, Richfield, Salina and Manti.

To order memorial trees or send flowers to the family in memory of Rod Lister, please visit our flower store.