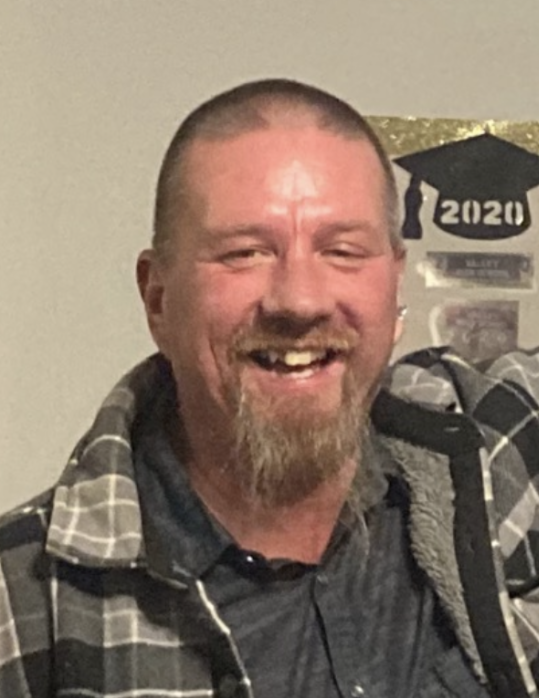 Roger Kiger Sr., 48, passed away unexpectedly on July 22, 2022, in Panguitch, UT.  Roger was born in Boulder City, NV on February 27, 1974, to David Kiger and Fenella Kirland Wright . He was the oldest son of 5 boys and was raised by his mother Fenella, his dad, Jay Holm, and step-dad Phillip Wright.

Growing up Roger enjoyed spending time with his many family members at the Kirkland family farm in Washington, UT. He spent many days helping his uncle farm the land, helping his grandpa keep his bees, and spending time getting spoiled by his grandma. He also spent part of his childhood in Hilldale, UT where he enjoyed riding horses, hanging out with friends, and getting into mischief!

Roger was married for a short time at a young age, after his marriage ended opportunities took him to Salt Lake City, Utah where he reconnected with a longtime friend, Tiffanie Kelsch. The two started a life together and Roger assumed the role of being a dad to Tiffanie’s daughter, Ashley. They later had two sons: Roger Jr. and Chandler. Roger lived and worked in Salt Lake City and Herriman, UT where he raised his family and later moved back to St. George and continued his career in auto body. Roger loved his children; they were his best friends and the best part of his life, and he was so proud of them.

Roger loved the outdoors and especially loved spending time in Circleville where he spent most of his weekends. He enjoyed camping, shooting skeet, riding ATV’s, fishing, and hunting. He was an excellent cook and was always looking for new recipes to try. He enjoyed and excelled at feeding and entertaining large crowds. He was a skilled auto body technician and took pride in his work, he enjoyed reading, listening to music, gardening, canning, and loved to debate.

Roger was always the life of the party and ready to have a good time with all. He loved life and died doing what he loved the most, being outdoors and spending time with loved ones. He was a huge presence in our lives and his absence runs deep.

To order memorial trees or send flowers to the family in memory of Roger Kiger Sr., please visit our flower store.