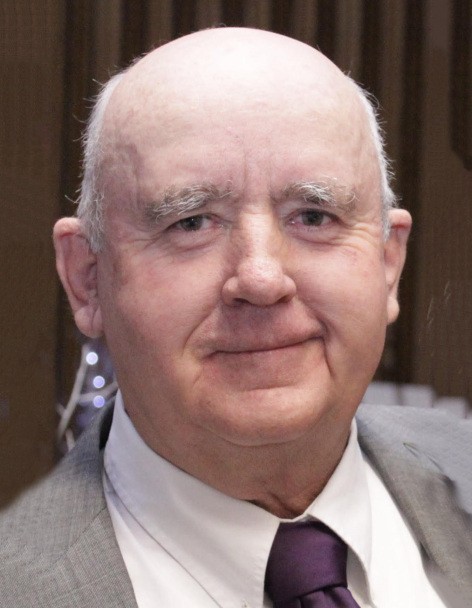 Samuel Lyle Pollock, 79, passed away November 27, 2021 from Alzheimer's disease in Tropic, Utah. He was able to come home the day before his passing and was surrounded by his children and grandchildren who love him dearly. Sam was born September 29, 1942 in Ogden, Utah to Samuel Herman and Zora Bell Roundy Pollock.

Sam was raised in rural Tropic along with a sister and four brothers. The scenery around Sam taught him to love God, hunting, and fishing.  Many memories find Sam with his family, friends, and complete strangers, hunting, fishing, golfing, fossil hunting, rock hounding, playing a hand of cards, polishing petrified wood, and telling great stories. Sam was known locally as a master fisherman. He turned everything into a competitive game. Most will remember his rock throwing contests that had to be underhanded. He was quick witted, with a rhyme on the tip of his tongue or a whistle.

Sam was a faithful member of The Church of Jesus Christ of Latter-day Saints. Prior to his mission in the Eastern States Mission, New York Area, from 1963-1965, he attended Southern Utah State College. When Sam returned home from New York, he studied at Brigham Young University and attended law school at the University of Utah.

Sam married the girl voted "prettiest smile" at Northwest College. The minute he saw her, he knew she was the one. Sam and Donna LaRae Oleson were married in the Salt Lake Temple on February 10, 1967. They have nine children together, 37 grandchildren and 3 great-grandchildren and one more on the way. Six weeks after their wedding, Sam was drafted to serve the United States of America as a soldier in the Vietnam war. He entered basic training on April 26, 1967. Sam advanced to the rank of staff sergeant and became a decorated Army veteran being the recipient of two silver stars, one bronze star, and many others.

After the war, Sam recognized that there was a need to help troubled and disabled veterans. He was instrumental in securing proper benefits for veterans across America. He also produced music albums that restored honor and healing to those who served.

Funeral services will be held Thursday, December 2, 2021 in the Tropic Ward Chapel at 11:00 a.m., where a viewing will be held from 9:00-10:30 a.m. Internment at the Tropic Cemetery with military honors by the Bryce Valley American Legion Post #18 and Utah Honor Guard. Live streaming of the services and online guestbook can be found at www.maglebymortuary.com under Sam’s obituary. Funeral Directors: Magleby Mortuary, Richfield, Salina and Manti.

The family wishes to thank Southern Utah Veteran’s Home in Ivins for their loving care of our dad. Also to the Garfield County EMT service for bringing him home.

To order memorial trees or send flowers to the family in memory of Samuel Lyle Pollock, please visit our flower store.