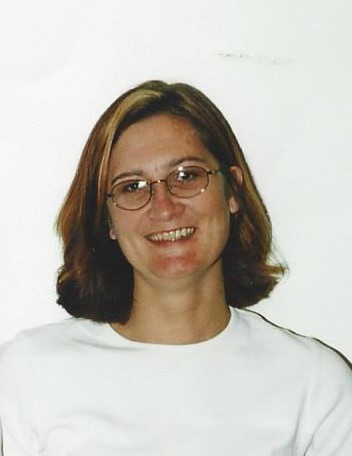 Sandra Church Heidorn died on July 16, 2021 after a sudden illness.  Sandy was born in Murray, Utah on November 29, 1966, the ninth and youngest child of Val D. and Mary Lou Corlett Church.  She was a beloved sister who became a favorite aunt at a young age.  Sandy adored her many nieces and nephews and remained an attentive, involved aunt throughout her life.

Sandy married Dave Heidorn on August 29, 2001.  They lived in Arizona with their feline family until Dave’s death on April 8, 2018. Sandy then moved to Panguitch, Utah to live with her parents and became an invaluable support to them and her entire family.

Sandy worked for her brother, Richard and sister-in-law, Cheryl at their family owned Church’s Blue Pine Motel.  She stepped in where ever she was needed – unless it involved folding sheets or pulling weeds.

Sandy’s fun, friendly personality allowed her to make friends everywhere throughout her life.  Her sense of humor, quick wit, and accepting, generous nature endeared her to many people.

Sandy was smart, creative, kind, forgiving, and loved to bake ~ especially cookies which she enjoyed sharing with others.  She was a voracious reader and was a fan of mysteries. Sandy was a member of The Church of Jesus Christ of Latter-day Saints.

She is survived by her mother, Mary Lou; and all of her brothers and sisters: Valerie (Doug), Blaine (Helen), David (Lisa-Michele), Bruce, Kathy, Carolyn (Robert), Dolph, Richard (Cheryl); her Aunt Kathleen Church; and many, many nieces and nephews.

She will be dearly missed.

To order memorial trees or send flowers to the family in memory of Sandra Heidorn, please visit our flower store.