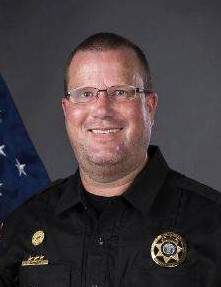 Our devoted and loving husband, father, son, brother, uncle and friend Adrian David Hillin left the world suddenly on February 10, 2022 in Cottonton, Alabama. Adrian was born in Idaho Falls, Idaho on July 15, 1977 to his adoring parents James David and Darlene Mae Hillin. Adrian was a fighter from a young age, battling cancer at the age of eight. At the age of nine, his family moved to Monroe, Utah, where he grew up and his father started his law enforcement career.

Adrian had an eventful youth, playing sports, car racing and a mischievous personality. He always had a smile on his face and loved being outdoors. Adrian fell in love with his high school sweetheart, Kenzie Roberts, and they were married on December 31, 1996. Together they made their home in Annabella, Utah, where they raised their three amazing children: Riley, Mattison, and Gunner. Adrian and Kenzie were proud to grow up at a young age after the birth of their first son. His children and wife were his whole world, loving every moment with them. Adrian followed in the footsteps of his father, beginning his career in law enforcement at the Sevier County Sheriff's Office in August of 2000 where his first assignment was in the jail. Adrian was assigned to patrol in 2003 and later promoted to Sergeant in February of 2009 where he was a great example to the deputies he supervised. His family in blue was very special to him along with his love for everyone in the community which showed throughout his 21 year career. Adrian was known for his hard-working attitude and diligence toward making a difference in his community. His outgoing and sarcastic personality created many life-long friendships. He had a big heart and was never afraid to lend a helping hand. Adrian became a suicide awareness advocate after the death of his brother, Devin, in 2016. He would often go out of his way for those struggling and incorporated it through his brand Shedadventures.

When he wasn’t busy helping others, he would spend his free time with family. Adrian had a fond love for animals, from his small dogs, birds, pigs, goats and everything in-between. He enjoyed adding to his small farm and could tell you a story about each one of his animals. Adrian’s other passion and hobby was shed hunting, he would spend hours finding horns to add to his collection, the time spent looking for horns made him feel closer to his brother after his passing, as they grew up hunting together.

Adrian and his wife were looking forward to building their dream home in Monroe, Utah and had many plans that were starting to be put in place.

Adrian will be remembered as a role model, and a kind-hearted man. He was always sharing laughs and his contagious personality made everyone around him feel loved. He touched the lives of everyone he met and will be greatly missed.

Adrian was proceeded in death by his big brother Devin James Hillin.

Funeral services will be held Saturday, February 26, 2022 at 11:00 a.m. in the Central Valley Ward Chapel, 65 N Main. Friends may call at the Magleby Mortuary in Richfield Friday evening from 6-8 p.m. or Saturday morning at the ward chapel in Central Valley from 9:00 - 10:30 a.m. Burial will be in the Annabella Cemetery. Live streaming of the services and online guestbook can be found at www.maglebymorturay.com under Adrian’s obituary. Funeral Directors: Magleby Mortuary, Richfield, Salina and Manti.

To send flowers to the family or plant a tree in memory of Sgt Adrian, please visit our floral store.

To order memorial trees or send flowers to the family in memory of Sgt Adrian David Hillin, please visit our flower store.