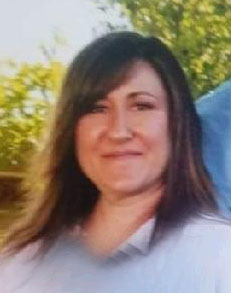 Shannon Taylor Green passed away peacefully at home on June 15, 2021 after a very long and valiant fought battle with cancer.  She was born on July 4, 1979 in American Fork, UT to Larry and Judy Hinkins Taylor.

Shannon had many adventures growing up including a bout with cancer when she was 4 or 5 years of age.  She went to school in Utah county and received her High School diploma in 2015 after much hard work.  She married Jason B. Green on May 4, 2001 in American Fork, UT.  They were later sealed for time and all eternity in the Manti Utah Temple on June 8, 2002.  They later divorced but remarried on May 5, 2017 and she happily lived her remaining years in Sterling, UT.

She is preceded in death by her grandfather, Earl Hinkins and her grandmother, Norma Hinkins Peck; parents; sister, Jolene Healey Turner; and aunt, Cathy Montoya.

Funeral services will be held on Friday, June 18, 2021 at 3:00 p.m. in the Sterling Ward Chapel.  There will be no public viewing.  Funeral Directors: Magleby Mortuary, Richfield, Salina and Manti. Online guestbook at www.maglebymortuary.com

In lieu of flowers, it was Shannon’s request that donations be made to The American Cancer Society.  The family wishes to thank all of those who so generously helped with Shannon’s care and appreciate the friendships she enjoyed.

To order memorial trees or send flowers to the family in memory of Shannon Green, please visit our flower store.