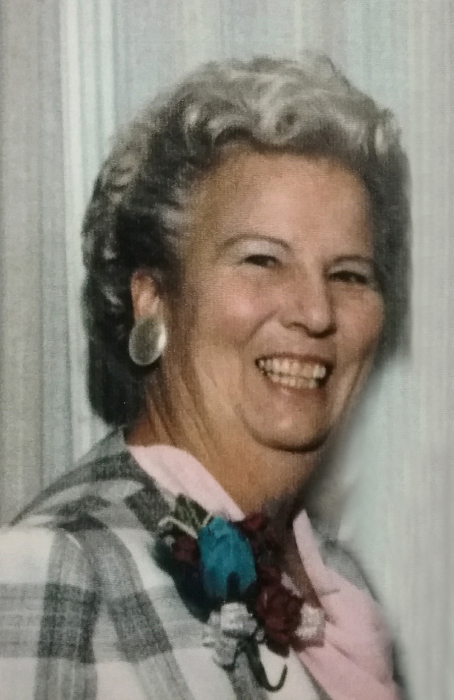 Shirley Marie Smith Bransford, age 93, passed away peacefully on January 12, 2021 at the Garfield Memorial Hospital in Panguitch Utah.  She was born to the late George and Julia Smith on August 25, 1927 in Kemmerer Wyoming.

The first 9 years of her life were spent on the family farm outside of Randolph, Utah where she learned to ride horses, chase sheep, jump from the hay loft, swing in trees, and all the marvelous fun things that farm life can bring.  When the farm got flooded out they moved to Ely, Nevada to a house next to, as she would say it, the nun’s house.

She attended grade school through high school in Ely graduating from White Pine High before it had the two wings on either side.  She started working at the Safeway store for “Uncle Tom” as a cashier before they had rolling baskets and prices marked on the items.  She felt accomplished to be able to know the price of everything in the store because of that and continued that practice for years and years.

She met her future husband through the work at the store.  He came to interview at the store and they met but he had to return to the Vernal area to continue his work there but he sent many a letter stating his devotion to her and her family.  He returned to Ely and they were married shortly thereafter and moved to Old Ruth.  They spent 50 years together before Daddy passed.  Their marriage was solemnized in the St. George Temple.  He was able to work at the store there for a time as a butcher when he got a job for KCC and they moved to New Ruth.
Mom loved to take care of her yard, especially her roses, and there wasn’t a weed that wasn’t her friend and enemy.  They moved to the McGill highway where the feel for farming returned and in so much that they bought a farm out in Spring Valley where they lived for 30 plus years.  She worked alongside her husband and other family members to help build something out of nothing.  She didn’t shy away from hard work.

As the kids grew and married and starting bringing grandchildren into the home they became a big focus to her and the other great love of her life.  She hardly ever missed calling them on their birthdays just to see how they were and to wish them the best day.  Mom adopted a few other children in her church wards who became her “grandchildren” as well and loved them.  She made each of them a quilt in hopes that in times like these it would be something they could remember her by.

Mom was active in Benevolent Patriotic Order of Does holding many positions.  She went to many of the conventions across the country and enjoyed them immensely.  She also loved to bowl.  Every Thursday was bowling night and then Thursday mornings where she made so many friends and won several trophies and awards at local and state tournaments.  She was a faithful member of The Church of Jesus Christ of Latter-day Saints and held many secretarial positions throughout the years.  She taught her children to love the Lord and to stay close to Him always.

She was preceded in death by her parents and her dear husband Robert and her first born grandson John Oxborrow.  The reunion between will be special for all of them.

Thank you the Garfield Memorial Hospital Staff who took such loving care of our mom during this time.

Graveside services will be held Saturday, January 16, 2021, at 12:00 Noon in the Garrison Cemetery where friends may call after 11:30 a.m. Live streaming of the services and online guestbook at www.maglebymortuary.com . Funeral Directors: Magleby Mortuary, Richfield, Salina and Manti.

To plant a tree in memory of Shirley Marie Bransford, please click here.

To order memorial trees or send flowers to the family in memory of Shirley Marie Bransford, please visit our flower store.