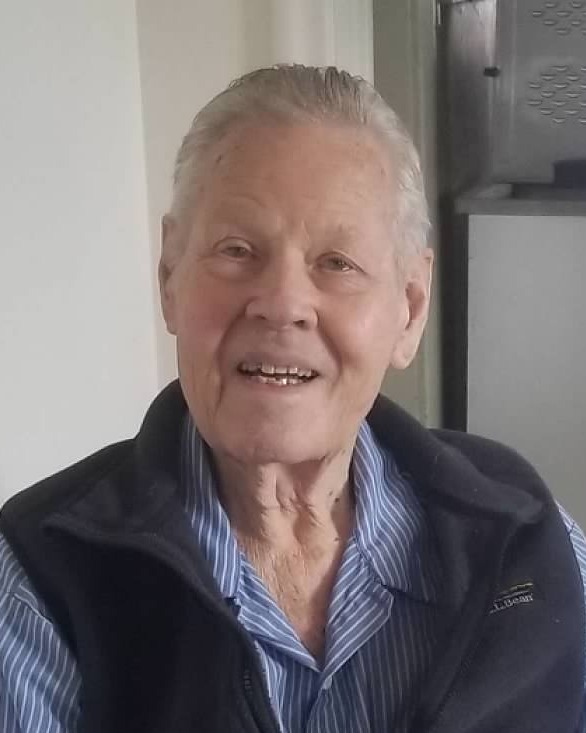 Steve C Andersen, age 87, passed away October 14, 2022 from heart complications in the home where he was born.  He was born July 10, 1935 in Central Valley, Utah to Earnest Paul and Berneice Christensen Andersen. Steve was the second of six children: Gaylene (Don) deceased, Paul (Jeanine) deceased, Soren (Nina Rae), Jane (John) deceased, and Dick Roy (Rusty) deceased.  He graduated in 1953 from South Sevier High School in Monroe, UT and then went one year at Snow College in Ephraim, UT.
Steve had many jobs throughout his life.  He worked for the Coca Cola bottling company in Richfield and then in Salt Lake delivering soda to stores.  He went to work for Kennecott Mining in SLC, UT and Ely, NV driving heavy equipment.  In 1956 he lived in Moose, WY while working on the construction of the Palisades Dam in Idaho.  When the dam was completed in 1957, Steve and his best friend from high school, Renton Barney, went to California and started laying carpet in Southern California.
In 1959 he was drafted into the army.  He was trained as a medic for the army at Fort Sam Houston near San Antonio, Texas.  He was then stationed in Germany where he met his wife Emmi.  They got married in Switzerland and were married for 59 years until Emmi passed away in 2019.  Upon returning to the United States, they moved to California where Steve was a carpet layer.  In 1961 Steve was reactivated as part of the army reserve for the Berlin crisis and was stationed at Fort Lewis, Washington for eight months.  Steve had to work as a carpet layer in his off-duty hours as an army medic to support his family.
Steve worked as a carpet layer in California until moving back to Central Valley in 1976 when he bought his family’s farm.  Farming did not always pay well and Steve returned to construction to help make a living while continuing to farm.  He and Gates Nowers formed a construction company and built several houses in the Sevier Valley area.
When construction slowed down in Sevier Valley, Steve became the project manager on the construction of the Brian Head Ski Resort day lodge which lead him to Las Vegas, NV to work heavy equipment and was superintendent on construction of freeways, retaining walls and underground pipelines around the Las Vegas valley.  Steve commuted every weekend from Las Vegas to be with his family.  He also worked in Phoenix, AZ as a crane operator, superintendent and started a construction company.
Steve used his GI benefits to become a private pilot in the mid 60’s and got his instructors rating.  While living in California he would fly small commercial flights from Livermore, CA to San Francisco, CA.  He loved to fly and when he was working in Phoenix, he bought a Cessna 210 Turbo Centurion that he used to commute back and forth.
After Steve retired, he and Emmi would spend many summers at Fishlake with their trailer camped at the same spot in Bowery Haven.  Steve loved to fish and would get up early in the morning to make the mackinaw run.
Steve wasn’t ready to fully retire and when his son, Kent, started Altazip Internet Business, Steve worked in the office and helped install wireless internet at customers residences for many years.
He is survived by his children: Cheryl Andersen (Dave) and Kent Andersen (Julia); 2 grandchildren: Tiffany Peterson (James) and Kevin Andersen; 2 great-grandchildren; and a brother, Soren Andersen (Nina Rae).
He is preceded in death by his wife; parents; 2 sisters and 2 brothers.
Funeral services will be held on Saturday, October 22, 2022 at 1:00 p.m in the Magleby Mortuary Chapel, where friends may call from 11:00 a.m. to 12:30 p.m. Burial will be in the Richfield City Cemetery with military honors by the V.F.W. Sevier Post #5050 and Utah Honor Guard.  LIVE STREAMING of the services can be found at www.maglebymortuary.com below Steve’s obituary. Funeral Directors: Magleby Mortuary, Richfield, Salina and Manti.

To order memorial trees or send flowers to the family in memory of Steve C Andersen, please visit our flower store.