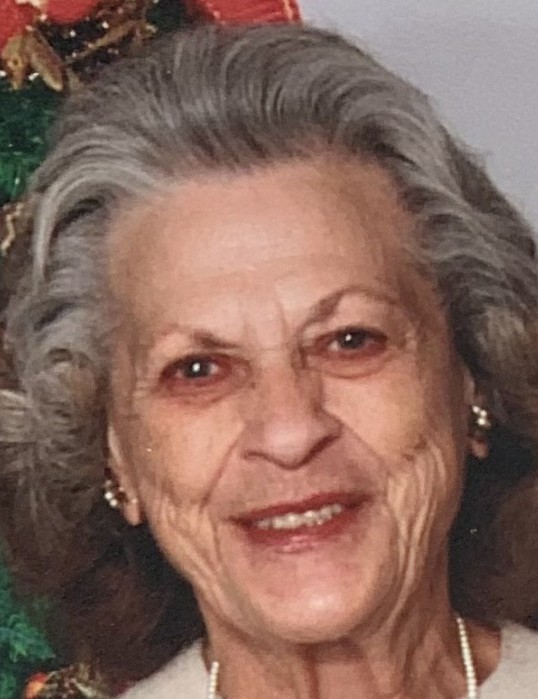 Sunshine "Sunny" Martill Tanner passed away at the age of 87 on Monday, December 14, 2020, in South Jordan, Utah, surrounded by her family.  She was a beloved wife, mother, grandmother, sister, and aunt.  She was the youngest of 9 children, born on November 12, 1933, to Lois Virginia Killen McGuire and Thomas Howard McGuire.
She is survived by her husband, J Golden Tanner; daughters: Carol Tanner and Connie Tanner; grandchildren Cori (Jason) Renshaw, Melissa Dolmer, and Cara (Graham) Degn; great-grandchildren: Mia Degn and Tanner Degn; and sisters Gloria (Roy) Suttie and Esther Rushing.
She was preceded in death by her parents; sisters Hazel McGuire Townsend, Louise McGuire Kleinfelter, and Lois Jeraldine McGuire; brothers: Thomas Whitman McGuire, Howard McGuire, and L.J. McGuire.
In her genealogy notes, she tells the story of meeting her sweetheart, J Golden Tanner, at a rooftop dance in San Antonio, Texas, at Hermanson's Hall in June of 1951.  She had gone with her friend, Marjorie, and he was with one of his friends from Lackland Air Force Base where he was stationed.  "They gave us a ride home in his 1940 Plymouth (with a bad battery).  He always parked it on a hill, if possible, so he could roll it downhill and it would start."
December of 1951 they were married in San Antonio, Texas.  She started her married life as a military wife who traveled the world with her husband and family, living in Germany, Japan, England, and Russia. She also traveled across Europe visiting many countries.
While living in Russia she worked as a secretary in the U.S. Embassy in Moscow.  Sunny kept records of all the places she lived since she was married and listed 42 addresses from December 1951 to July of 1983.  And the moves did not slow down after that.
She was kind and sweet with the smile of a southern belle who never lost her Louisiana accent.
Sunny will be laid to rest on December 19, 2020, in the Richfield City Cemetery.  Due to COVID-19, there will be no public service. Funeral Directors: Magleby Mortuary, Richfield, Salina and Manti. Online guestbook at www.maglebymortuary.com

To order memorial trees or send flowers to the family in memory of Sunshine Martill Tanner, please visit our flower store.