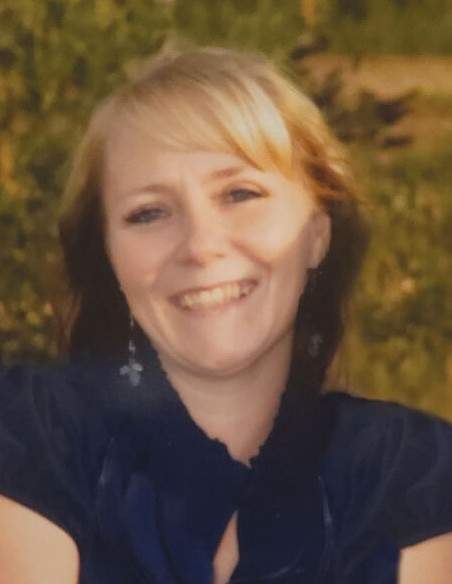 Toni Stock Anderson, 46, passed away March 24, 2022 in Provo.  Even though Toni was small, fitting in the palm of her daddy’s hand when she was born, she made a big impact in the lives of all who loved her. She was born January 22, 1976 in Gunnison to Martin and Gail Spencer Stock.

She married William Anderson on June 12, 1993. The marriage was solemnized in the Manti Temple in 2005.  When Toni met Bill he was a 29-year-old bachelor, but little Toni swept him off his feet and kept him there for nearly 30 years.

Toni was so full of love that her view of family extended all the way from the elderly people she cared for, to her best friend whom she considered a sister.

Toni always had a soft spot for those in need, whether it was a teenager who needed a mother figure or the two little boys, Conner and Grady, whom she welcomed in with open arms. Together she and Bill passed this quality on to their three biological children: Byrant, Breanna and Brady, which reflected in their close relationship, not only with each other, but also with their two adopted brothers.

One of Toni’s earliest and dearest friends, Krystal, passed away when she was 25 years old, and Toni’s mother passed away three years ago. Even though we will miss her fiercely, we know there is a joyous reunion going on in heaven.

To order memorial trees or send flowers to the family in memory of Toni Anderson, please visit our flower store.