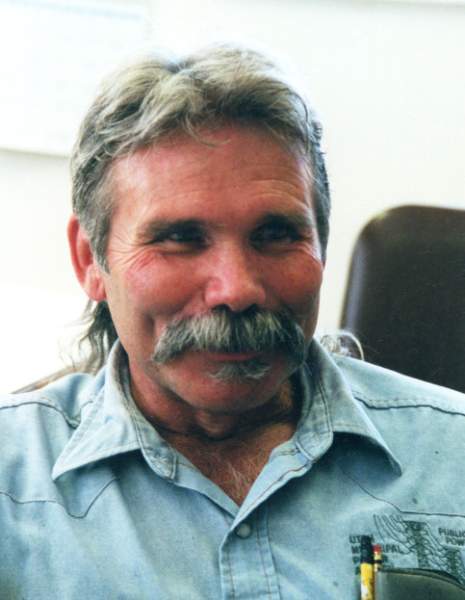 Udell Elliot Jolley, 75, of Annabella, passed away peacefully on May 26, 2022 in St. George, surrounded by his loves ones. He is survived by his wife, Sallee, and his six children: Mark (Shellie), Michele (Rick) Morrell, Megen (Lane) Knaphus, Mistee (Robert) Thatcher, Mandee (Casey) Jones, and Matty (Douglas) Monroe; 25 grandchildren and 4 great-grandchildren; his sisters: Pam (Allen) Lohrke, Mary Taylor, and his little brother, Uncle Jay!

Dad was born September 28, 1946 in Provo to Burbank and Thora Jolley. He graduated from Provo High as a football player and wrestler. He then attended Snow College where he played football and loved it! Throughout his career he worked at Provo Power, building homes, and with the Sevier School District, which brought him to Annabella. He retired from the Sulphurdale Power plant. He joined the Army Reserved before marrying his high school sweetheart, Sallee Vee Mangum on July 7, 1967 in the Logan Temple. Together they served in the temple for well over six years.

Dad enjoyed riding horses, being a cowboy and spending time with his family, friends and many nieces and nephews.

We have said goodbye to the greatest man we’re ever known. A husband, a father, a grandfather, a brother, an uncle, and a friend.

Those of you who knew him, or have ever had the chance to meet him, knew that he was always willing to lend a hand. To know him was to love him, and just spending a few minutes with him would make anyone’s day better loved by all.

His famous Jolley jokes will be forever missed....Chin up, and shoulders back.

Funeral services will be held Wednesday, June 1, 2022 at 11:00 a.m. in the Annabella 2nd Ward Chapel. Friends may call Tuesday evening from 6-7 p.m. at the Magleby Mortuary in Richfield or Wednesday morning at the ward chapel in Annabella from 9:30 - 10:30 a.m. Burial will be in the Annabella Cemetery with military honors by the V.F.W. Sevier Post #5050. Funeral Directors: Magleby Mortuary, Richfield, Salina and Manti. Online guestbook at www.maglebymortuary.com

To order memorial trees or send flowers to the family in memory of Udell Elliot Jolley, please visit our flower store.