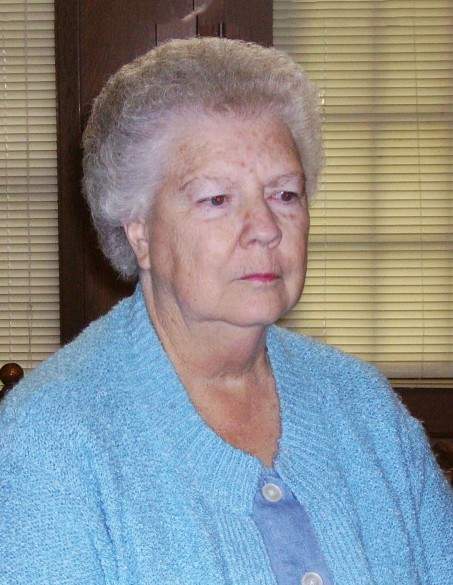 Ora Vatia Jones, 83, of Manti, UT, passed away January 22, 2022 at her home in Manti. Vatia was born in Elmo, Utah on January 14, 1939, to Herman and Eva Oviatt. She was born in her grandfather’s home where her father was also born. She grew up in Wellington and Carbonville where she enjoyed softball and attending dances. She graduated from Carbon High School and received an Associate’s Degree at Carbon College.

It was in Price, Utah where she met the love of her life, Wayne Jones whom she married in the Manti Temple in 1960. They started their family in Salt Lake City and later moved to Mesa, AZ where they raised 4 children. They lived there for 34 years before moving to Manti, Utah in 2000. They were married in this life for 62 years.

She spent her life devoted to loving and serving her family. Forty-seven of those years were devoted to caring for her physically disabled son, Scott. Her tireless service was not only limited to his physical care but also to teaching awareness of those with disabilities and advocating for Scott's needs and opportunities in education and beyond.

She spent 20 years as the local neighborhood Avon lady where she received annual recognition as a top sales person in the district, all while riding her bicycle and being paid to visit her friends and neighbors.

She loved camping and spending summers in the white mountains of Arizona, and endless nights and weekends at softball fields all over the country.

Vatia spent literally thousands of hours quilting. Her children spent a large part of their childhood playing beneath a quilting frame and many friendships were made around those same quilting frames.

After moving to Manti, she began quilting for the Manti area humanitarian service project. Over the last 20 years she made thousands of quilts that were sent to area hospitals, care centers, and women's shelters. Her quilts were also sent overseas and to Mexico.

Vatia loved decorating her home for all the holidays. But she went all out for Christmas. She collected over 200 nativities, and for the last 17 years, she opened her home to the public who came from far and wide to see and feel the true meaning of Christmas.

She is preceded in death by her parents, and her beloved son Scott.

Online guestbook and live streaming of the services can be found at www.maglebymortuary.com under Vatia's obituary.
NOTE: streaming is LIVE only and can only be watched during the service time listed

To send flowers to the family or plant a tree in memory of Vatia, please visit our floral store.

To order memorial trees or send flowers to the family in memory of Vatia Jones, please visit our flower store.