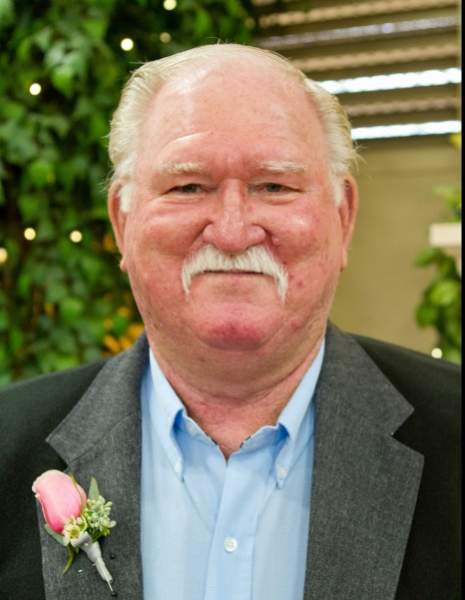 
Vaughn William Smith
Sterling, UT
Summer has been hot in San Pete County. August 24th looked to be another blazer of a day with all it's discomforts. A sudden turn for the worse when Vaughn abruptly left us for cooler fishing holes.
Vaughn was born in 1943 in the midst of World War II.
His father was serving in the military at the time of his birth, and the telegram sent to him in Camp Polk, read “Come home immediately, you have a son” After a brief leave and long train rides his father joined Vaughn and his older sister LouAnn for a too brief reunion. After returning to the army, Vaughn was surrounded by a very large loving family on both the Smith and Harrison sides.
His youth was spent on the family farms in a small town called Crescent, where it was hard to get more than a stones thrown from a relatives house. He spent much time with his Grandparents and rode along with them to help with the chores on the farm, and patrolling the Jordan River, and the irrigation systems. This provided the perfect opportunity for him to become the seriously devoted fisherman we would all love for the next seven decades. The farm offered many chances for mischief and most of them were taken advantage of. There were many birds to hunt, sometimes right in the barn, and the old horse drawn buggy wheels which could be ridden down the hillside, across the canal and down to the Jordan River. While lots a spills, sprains and bumps occurred, it was the most famous of the young kids pastime.
His athletic ability enabled him to add many other interests. He was a great basketball player, and contributed to the championship team coached by his father.
Baseball was in the blood of the Harrison family, and he played throughout his young life, and encouraged by his parents he listened to games on the radio, and he and his sister LouAnn became fervent Dodgers fans (from the get go when they were still in Brooklyn) because it was important to hate the Yankees. How the Dodgers would do this year was still a constant conversation he would have with anybody willing to talk baseball.
Football? You ask... A Green Bay packers fan to the bone, subscribing to the values of Vince Lombardi and Alabama coach Bear Bryant.
An active supporter, Vaughn was actively involved in coaching the little league teams his kids played in, and was very recognizable on the baseball field in his red polka dot cap encouraging the kids to play their hardest.
As a small family with a small farm, Vaughns chores included cow milking, chicken and pig feeding, and horse adventures. Lots of outdoor activities of every kind.
As a young man hanging out with cousins and going to local dances, his earth moved when he met Fran Gorman. They could be seen riding down State Street in one of Vaughn's currently running cars with Fran snuggled next to him. They married on November 30, 1960 and were never far apart. Four children (two boys and two girls) followed in the next five years. If any achievement deserves the full five star rating, this would be it, raising this terrific family.
The challenges would be frequent, but so too the rewards. Successful, terrific kids with great families of their own proves that you reap what you sow,
They have blessed Vaughn and Fran with 11 grandchildren and 16 Great Grandchildren.
Vaughn called Kennecott Copper home for most of his working life. He started on the track gang and bumped his way up to driving one of their enormous trucks where he'd spend time listening to the oldies and country music on the radio.. subsequently it was impossible to stump him by playing a song he didn't know. He could name nearly every song written before 1960. He had a keen ear for music and was a decent saxophone player.  Eventually he became Kennecott's offficial painter, keeping everything in painted and polished condition.
If you knew Vaughn, you had a nickname. You might not want to know your nickname, but you had one and it was necessary to keep up so you could follow the conversation. A colorful vocabulary and descriptive narrative kept us all amused. It was just a joy to have a chat with him.
Of all the legacies Vaughn left us, his great love of the rivers, mountains, and lakes he spent so much time in, and shared with his family is most memorable. He was an inspired fisherman, and dedicated water fowl hunter.
Many years of weekend fishing trips to Boulder, Middle Piney, Fontenelle , and many rivers and reservoirs in Wyoming made indelible memories for Fran and all the kids. They knew this was serious business. If you went with Vaughn, where ever it was, it was all day, usually without food, no complaining, and back for dinner. Hunting ducks and geese in Corrine or pheasants in the back yard.
Vaughn is survived by his incredible wife of 62 years, Frances, and his four children, Christopher William “Slick” Smith (Carolyn), Brenda “Bugga” Parry (Rick), Raymond “Zorba” Smith (Jessica), Ann (Mutz) Farr (Tim).. His grandchildren, Amanda Hinton, Amy Goodrich, Cache Smith, Paige Conover, Riley Farr, Jena Forsgren, Payton Parry, Charlee Farr, Qualyn Smith, Dillon Draper, plus 16 beautiful great grandchildren. His sisters, LouAnn Bates Dansie, Alene McCrimmon and well loved nieces and nephews.
He was preceded in death by his parents, William and Ramona Smith, Cassie Farr, and his four legged companions Willie Nelson and Millie.
Enjoy the peace you've earned. Until we meet again on the banks of the river, we will always remember..
Private family graveside services will be held on Monday, August 29, 2022 in the Sterling Cemetery.  There will be a public viewing on Sunday, August 28 from 6:00-7:00 p.m. at the Sterling Ward Chapel. Funeral Directors: Magleby Mortuary, Richfield, Salina and Manti. Online guestbook at www.maglebymortuary.com

To order memorial trees or send flowers to the family in memory of Vaughn William Smith, please visit our flower store.