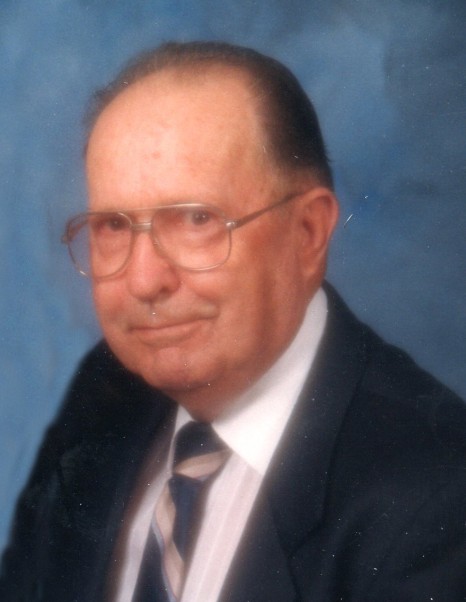 
Vern Madsen
Elsinore, Utah
Vern Leon Madsen passed away at the ripe old age of 98 on Tuesday, January 5, 2021 in Monroe, Utah.  He was born on October 27, 1922 in Elsinore, Utah to Leon T. and Leonora Porter Madsen in a little house adjacent to the Elsinore Roller Mills where his father worked. He joined an older sister, Eris.  He attended elementary and junior high schools in Elsinore and graduated from South Sevier High School.
Vern married his sweetheart, Larine “LaRee” Christiansen, also of Elsinore, on February 4, 1944 in the Manti Temple. Soon after, he was drafted into the army during WWII where he received the award of best sharp-shooter.
Passing up other opportunities open to him, he settled his family in Elsinore so he could help his father, who was blind at the time, run his farm. Vern was a jack-of-all trades and master of many. He could fix anything. Among other occupations, he was a farmer, had a Grade A dairy, worked at Pearson’s Pontiac Cadillac until their closing in the mid 1970's, was a silversmith for Johnny’s Rock Shop where he enjoyed creating beautiful pieces of jewelry, and worked for the LDS Church as a custodian for many years until he retired in his early eighties.
Always active in The Church of Jesus Christ of Latter-day Saints, Vern served on the high council for many years, in several bishoprics, and in many other capacities including as a Scout master in the 1940's when he took his young troop up on the west mountain and with other leaders built the big block “E” west of Elsinore.
Vern and his wife served as Manti Temple ordinance workers, as missionaries at Cove Fort, and early in their marriage as stake temple missionaries to the many Native Americans who came to labor for area farmers. His greatest challenge was being the sole care-giver for his wife as she battled Alzheimer’s Disease until her death in 2003.
Vern was always community minded. In past years one could often find him on his tractor in the winter time clearing snow away from the homes of the elderly and helping however and wherever needed. He served on the Elsinore Town Council. He was a kind caring, honest, patient, gentle man who had a wonderful sense of humor. He loved music and played many instruments by ear.
At the age of 94, Vern left his beloved Elsinore to reside at Monroe Canyon Assisted Living. He enjoyed his time there and his family expresses appreciation to all the kind care-givers who work and have worked there.
He is survived by daughters: Beverly Anderton, Orem; Jana Lee (Lee) Christensen, West Jordan; Margene Marshall, Cedar City; Valerie (Chad) Hollingshead, Minersville; he also has 16 grandchildren, 49 great-grandchildren and 10 great-great-grandchildren. He is preceded in death by his parents; wife, Larine; older brother, Francis Brent, who died at birth; sister, Eris Black; sons-in-law: Douglas Anderton, Wade Marshall.
Funeral services will be held Friday, January 8, 2021 at 11:00 a.m. in the Magleby Mortuary Chapel, where friends may call from 9:30 - 10:30 a.m. Burial will be in the Elsinore Cemetery with military honors by the Elsinore American Legion Post #75 and Utah Honor Guard.  Live streaming of the services and online guestbook can be found at www.maglebymortuary.com under Vern’s obituary. Due to COVID-19, all attendees are required to wear masks and adhere to social distancing guidelines. Funeral Directors: Magleby Mortuary, Richfield, Salina and Manti.

To order memorial trees or send flowers to the family in memory of Vern Leon Madsen, please visit our flower store.