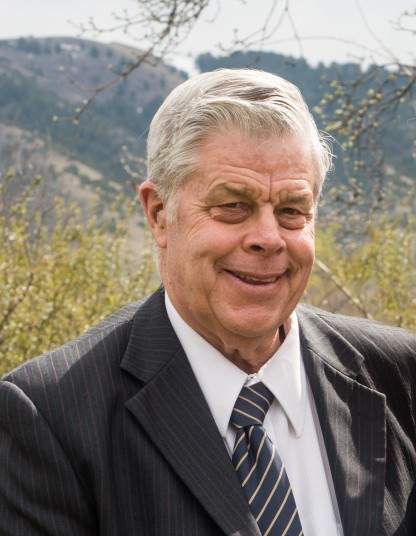 William Aaron “Bill” Crane passed away peacefully at home in the arms of his wife and family on January 25, 2021 at the age of 74. Bill was born January 3, 1947 in Salina, Utah to Warren and Sarah Crane. He grew up in a loving home and a community of extended family. He was the spoiled favorite grandson of Grandma Melissa Crane who lived next door. Bill loved sports and fixing cars. He spent countless happy hours in the local service station mechanic-ing with his dad. The deer hunt was the highlight of his younger years.

He graduated from North Sevier High School in 1965. On graduation night he met his sweetheart, GayLynne Jensen, at the bowling alley. He attended Snow College for a year before being drafted into the army.  He proudly served his country for three years in Panama and Korea. While being transferred from Panama, Bill and GayLynne were sealed for time and all eternity in the Manti Temple of The Church of Jesus Christ of Latter-day Saints on March 1, 1968. They hoped to honeymoon in Key West but their plans were called off when Bill was ordered to Korea for a year. After an honorable discharge, Bill and GayLynne moved to Logan and he completed a bachelor’s degree in Engineering at Utah State University. After college, Bill and GayLynne returned to Richfield to start a family.

Bill’s military service magnified his already strong sense of civic duty. After the army he worked as a pioneering EMT in Sevier County. He served as a commander in the Sevier County Sheriff’s Search and Rescue Jeep Posse. He also served as a Richfield City Police Officer. His knack for compassion and service impacted his role as a police officer.  He always tried to use his authority whenever he could to improve the lives of others on both sides of the law. He was a member of the Richfield Rotary Club and performed service both locally and globally.
In addition to his civic service, Bill enjoyed a long career building roads and infrastructure all over Sevier County and surrounding areas. He was the owner of W.A. Crane Construction and worked many years for LA Young’s Construction, Hales Sand and Gravel, and Staker-Parsons.

Bill spent his lifetime serving others. It’s safe to say that everyone who knew him has a story of how he helped them. He had a deep and unselfish love for his fellowman and a unique talent for finding ways to ease the burdens of others. He served the community he loved so dearly in numerous church capacities. “Bishop Crane’s” phone never stopped ringing as he served the members of the Richfield 10th Ward. He cherished the friendships made and years spent as an ordinance worker in the Manti Temple.  He dreamed his entire life of going on a mission - and in 2012 he and GayLynne were called as missionaries to Adam-Ondi-Ahman, Missouri. He spent 22 months doing what he loved, building roads and serving the Lord as a missionary.  As time passed, Bill grew more attuned to the promptings of the Spirit and never failed to act on them. His relationship with his Savior was very personal and dear to him.

Bill is survived by his sweetheart GayLynne, whom he cherished every day for 53 years. He is also survived by his children: Kimberly (Matthew) Robinson, Tooele; Kelly (Rochelle) Crane, Richfield; and Sara Call, River Heights. He adored all ten of his grandchildren and one great-granddaughter. He was preceded in death by his parents and sister, Janice.

Funeral services will be held Monday, February 1, 2021 at 11:00 a.m. in the Magleby Mortuary Chapel in Richfield, where friends may call Sunday evening from 6-7 p.m. and Monday from 9:30-10:30 a.m. Burial will be in the Richfield City Cemetery with military honors by the V.F. W. Sevier Poster #5050 and Utah Honor Guard.  Live streaming of the services and online guestbook can be found at www.maglebymortuary.com.  Due to COVID-19 all attendees are required to wear a mask and adhere to social distancing guidelines.  Funeral Directors: Magleby Mortuary, Richfield, Salina and Manti.

Bill and his family would like to express gratitude to all the friends, neighbors and medical professionals who have been so kind during his illness.

To order memorial trees or send flowers to the family in memory of William "Bill" Aaron Crane, please visit our flower store.