Plant a tree in memory of Russell
An environmentally-friendly option 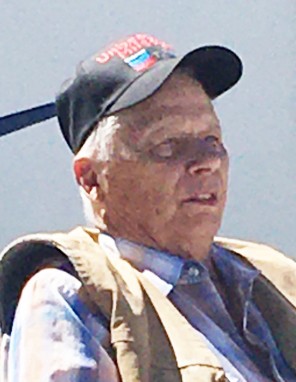 Russell Wayne Winch, our beloved father, grandfather, brother, and friend, passed away peacefully at his home in Monroe, UT on April 21, 2021 at the age of 75 with his children by his side. Russell was born on July 22, 1945 in Denver, CO to DeWaine and Elaine Winch.

Russell moved to Utah in 1969 and began his career as a long haul semi-truck driver. He hauled livestock to crude oil and everything in-between over most of the country and has the pictures to prove it! He lived in Utah most of his adult life but had fond memories that he shared of Colorado and the family grocery store in Denver and “The Ranch” in Rifle where he grew up with his 3 siblings: older sister Sharon, twin younger brother Roger, and baby sister Sandy. He always remained close with his siblings and looked forward to the annual family reunions.

After working in and around Salt Lake City he decided retirement would be better spent in the country. He made Monroe his home in 2017 after being introduced to the beautiful valley by close friend, John Beck. Russell spent his retirement years enjoying the outdoors, he loved camping and driving his RZR through the mountains of Strawberry and Monroe. You could always count on him to alert you of the rocks to avoid in the road. He loved hosting the family reunions for the past four years at his home and showing off ‘his’ town. He had great neighbors who always looked out for him and found time to bring a meal or drag him off the mountain when he ventured too far before the snow fully melted. The neighbor kids and dogs always stopped to visit.

Russell had three children with Vickie Broadhead (later divorced): Stacey (Mike) Larsen, Rodney Winch, Jason (Jennifer) Winch. He loved his kids and especially enjoyed spending time with his grandkids. One of his favorite past times was taking his beloved robin egg blue Dodge Cummings out for coffee to visit with his buddies and the waitresses at the coffee shop where he spent most mornings. He looked forward to the days when he could take one of the grandkids along to buy them a shake and some fries.

Russell had a great love of animals and always had pets in his home. Over the years Russell enjoyed the company of horses, birds, and cats, however he especially loved his chihuahua’s – Sissy, Moose and Gizmo.

A celebration of Russell’s life will be held at a later date near his home in Monroe, Utah. A date and time will be announced for those friends and neighbors wishing to remember him.  Cremation services have taken place at the Magleby Mortuary Crematory.  Online guestbook at www.maglebymortuary.com

Russell had a great love and respect for the Navajo Nation Tribe in Southern Utah. In lieu of flowers please donate to We Are Navajo in Montezuma Creek, UT.

Plant a tree in memory of Russell by clicking here.
To send flowers to Russell's family, please visit our floral store.

Plant a tree in memory of Russell
An environmentally-friendly option

Plant a tree in memory of Russell

1 tree planted in memory of Russell

A Memorial Tree was planted for Russell Wayne Winch

Plant a tree in memory of Russell